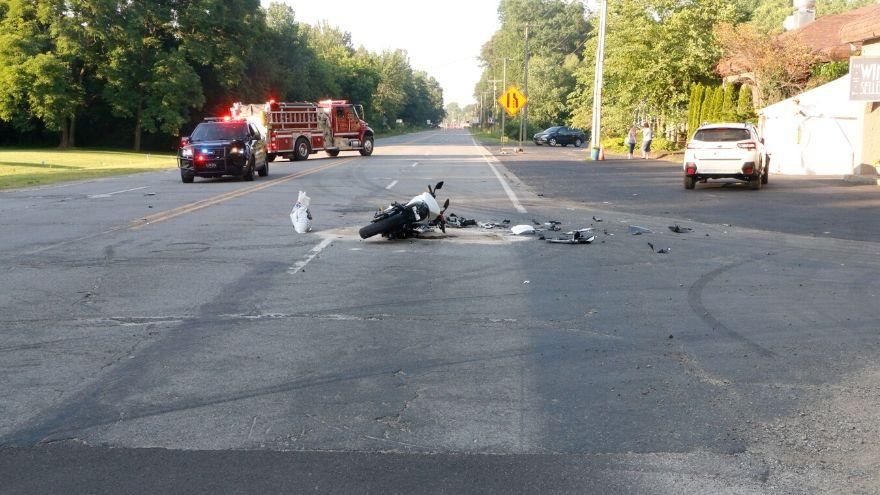 BERRIEN COUNTY, Mich. – A woman died after a motorcycle crashed into a car Saturday night at the intersection of Red Arrow Highway and Community Hall Road in New Buffalo Township.

According to the Berrien County Sheriff’s Office, a car was slowing down to pull into Timothy’s Restaurant. As the car was making a left turn into the parking lot, they pulled directly into the path a motorcycle driven by Stacy Johnson, 23, from Illinois.

Johnson was not wearing a helmet and was found unresponsive in the road. Two passersby that were doctors were administering CPR by the time the Sheriff Deputies arrived.

Johnson was taken to Franciscan Hospital in Michigan City where she was pronounced deceased by ER doctors.

The driver of the car did not sustain any injuries.

The crash is still under investigation and it is unknown if drugs or alcohol were a factor in the crash.