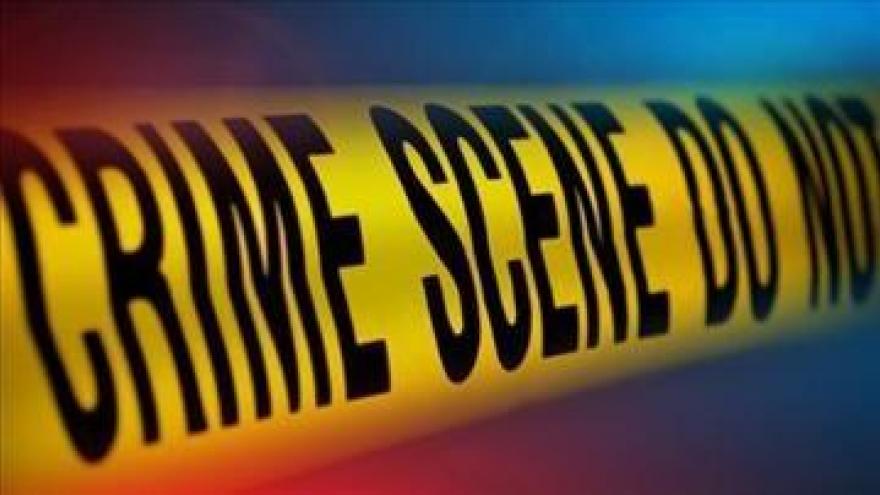 By Jay Croft and Darran Simon

A group of people had gathered in the living room for the party to learn the gender of a pregnant woman's expected child, when two gunmen came through the front door and opened fire, Colerain Township Police Chief Mark Denney said. The shooting lasted "maybe a minute or two," and the suspects got away on foot, Denney said.

Denney said 22-year-old Autum Garrett, who authorities believe is from Huntington, Indiana, was pronounced dead at the scene. The eight other victims, including three children -- an 8-year-old, 6-year-old and 2-year-old -- suffered non-life threatening injuries, police said.

Police were still searching Sunday for the two suspects. Denney said there are many details that authorities don't know at this point, including whether the suspects, who used handguns, targeted their victims. They also didn't know how many people were in the home for the gender reveal party or the relationship between the suspect and the victims, Denney said.

"We're not sure if (the suspects) were allowed in or they forced entry at this point," Denney told reporters. "We don't know who the suspects are and why they did this."

A family member told CNN affiliate WLWT News 5 that a pregnant woman was shot in the leg and lost her baby. The woman has been treated and released from the hospital, the station reported. Denney couldn't confirm that detail.

Other children in the home were uninjured, police said.

Officers were dispatched to the call of shots fired around 11:21 p.m., police said.

One responding officer said "it was horrific, something that was unimaginable," Colerain Township police spokesman Jim Love said.

Denney urged residents to take the same reasonable precautions they always do, including calling police if they see something suspicious and locking their doors.

"But we have no information that makes us believe there is any specific threat to our community," the police chief said.

"Our hearts are heavy with what we've seen and experienced in our community," Love said.