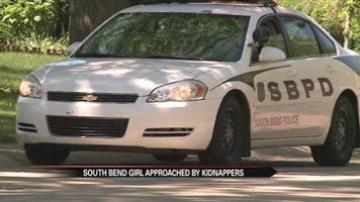 SOUTH BEND, Ind. -- Residents in a South Bend neighborhood are on alert after reading a Facebook post about an alleged attempted abduction.

Residents of Thornhill Drive say they're all like a family. They watch out for each other. That's why they say they were so shocked to hear what one mom calls an attempted kidnapping on their street.

The victim's mother posted on Facebook around 3:30 p.m. Thursday that a group of men chased her daughter up her driveway and tried to kidnap her. The mother says her daughter was able to get away.

The mother wrote the men were driving a maroon SUV.

South Bend Police were at the woman's home on Friday interviewing the daughter. The mother said off-camera she filed a police report and officers are investigating the claim.