Woman pronounced deceased at scene following crash on I-94 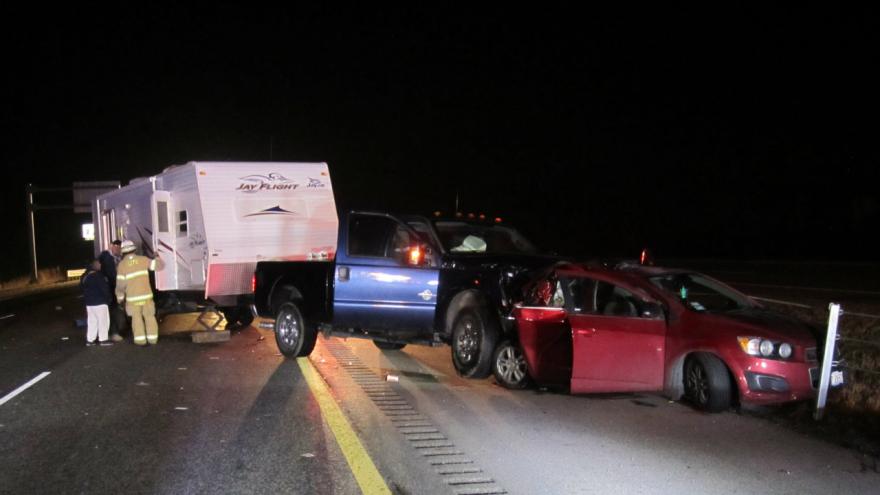 BERRIEN COUNTY, Mich. – Officers responded Sunday morning to a report of an unknown injury accident on Interstate 94 in Lake Township.

Authorities say, at approximately 2:35 a.m., a female driver of a Chevy Sonic from Chicago was struck by a Ford F-250 pickup truck pulling a camper trailer on I-94 eastbound near the 14 mile marker.

Witnesses told investigators the woman's Sonic had stopped in the right lane for reasons unknown.

The collision, according to the witness, resulted in both vehicles sliding into cable barriers after leaving the roadway.

The female driver of the Sonic was found unconscious and without a pulse. Despite rescue attempts, the victim was pronounced deceased at the crash scene.

It's unknown if the driver of the pickup suffered any injuries.

Names will be withheld until next of kin has been notified.

The female victim was transported to Kalamazoo where an autopsy will determine cause of death. A toxicology report will determine if drugs or alcohol were factors in the crash.