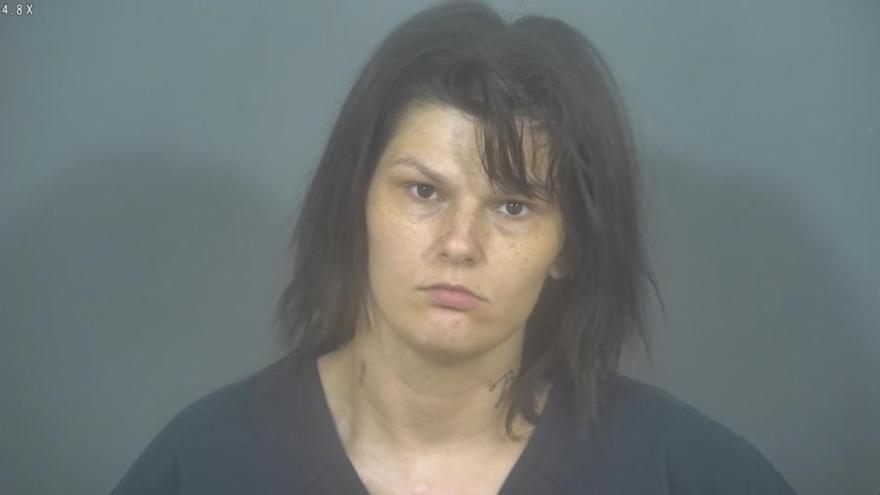 ST. JOSEPH COUNTY, Ind. – A woman was arrested after she allegedly stole a vehicle but said the owner let her borrow it, according to the probable cause affidavit.

Jessica Dene Stevens was charged with one count of auto theft.

On Sunday, an officer with the Mishawaka Police Department stopped a silver Scion near the intersection of Cleveland and Gumwood Roads after getting a FLOCK notification reporting a stolen car.

The driver of the Scion, identified as Stevens, had an active warrant out of St. Joseph County, reports said.

When asked who owned the Scion, Stevens allegedly said her friend, who she called Phil because she couldn’t pronounce his name well, let her borrow the vehicle.

Police contacted the owner of the Scion, who said earlier that day, he drove the vehicle to a gas station at Ewing Avenue and Ironwood Drive.

He went inside the gas station and when he came back out, the Scion was gone.

Surveillance footage captured a woman with black hair and a tattoo on her neck get into the Scion and drive away.

The Scion’s owner said he didn’t know Stevens, according to reports.