Woman with warrants accused of leading police on chase 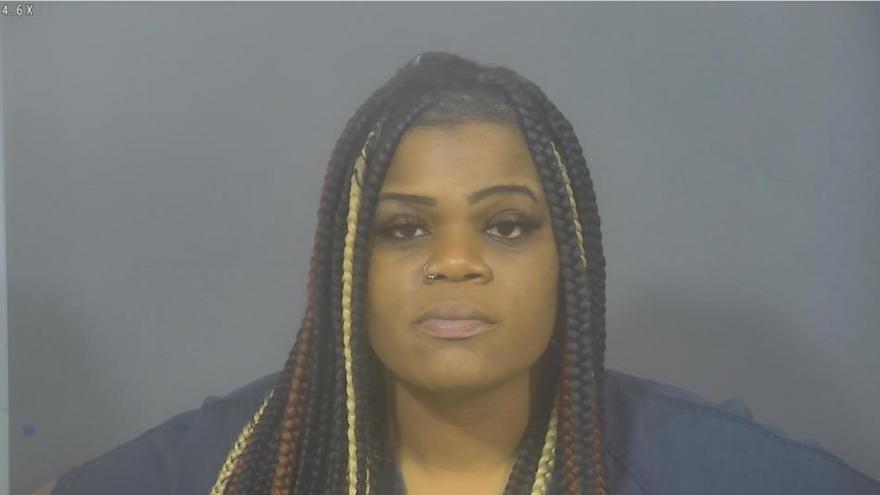 ST. JOSEPH COUNTY, Ind. – A woman with warrants for resisting law enforcement was arrested on Thursday after allegedly leading police on a chase, according to the probable cause affidavit.

Officers were on patrol near Lincolnway West and Harrison Avenue on Thursday when they saw a vehicle known to be associated with Tameia Taylor parked in a parking lot.

The officers pulled up to try to block the vehicle in and noticed that Taylor was the driver and a man was in the passenger seat.

Taylor swerved and almost hit the front end of a police vehicle as she allegedly drove away from the scene, according to reports.

Officers chased Taylor as she allegedly ran a red light and was almost hit, reports said.

She then pulled into a parking garage and allegedly got out of her vehicle and into a construction company’s truck, according to police reports.

A construction worker said Taylor jumped over him into the struck, slid over him and into the driver’s seat, and said, “my boyfriend is after me, I have to go,” reports said.

Taylor allegedly tried to put the truck in reverse but the construction worker shut off the vehicle and notified police, according to court documents.

When police tried to arrest her, she allegedly struggled with them and was taken to the ground, reports said.

An officer spoke with employees at the building who said Taylor had recently moved in but had used a false name and social security number, according to reports.

Taylor was arrested on the following charges:

Taylor is due in court on Monday.