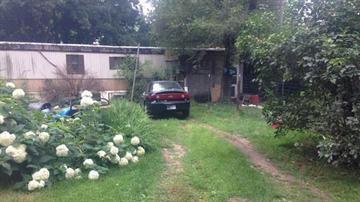 MIDDLEBURY, Ind. -- A 69-year-old woman was found deceased after firefighters put out a fire in her home.

The Elkhart County Sheriff's Department says at 12:16 a.m., deputies were called to a home at 11494 CR4 in Middlebury.

"Around 12:16 am the sheriff's department responded to a fire. There was fire personnel that were on scene and there was a report of a person still in the home," said Captain Jim Bradberry of the Elkhart County Sheriff's Department.

Lona J. Chutsch, 69, was found deceased inside her home, which had caught fire.

The sheriff's department said Lona's husband made it out of the home and they have spoken to him.

The sheriff's department is trying to piece together what happened.

"We're not looking at criminal charges, there's nothing that points to suspicious activity, but we still want to keep an open mind as we move forward in the process to get answers from the family," said Bradberry.

The house is set far off the main road. Lona's one neighbor said the one thing that stuck in her mind about Lona is that she was a heavy smoker.

"Today there was an autopsy at the county coroner's office to be scheduled-- and so as part of any investigation like this one-- we want to look into causes of death or rule out anything that might be suspicious or criminal in nature," said Bradberry.