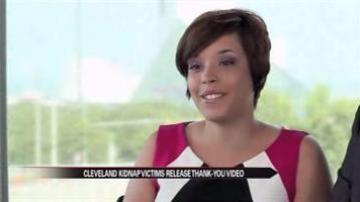 CLEVELAND, Ohio — The three women held for nearly a decade in a Cleveland home are finally breaking their silence.

The three women, along with some family members, spoke for the first time about their rescue two months ago.

In a YouTube video, the women and their families thank the community for its support after their escape.

Ariel Castro, 52, stands accused of kidnapping the women and holding them hostage in his house.

A 329-count indictment accuses him of repeated beatings and rapes. He's also charged with aggravated murder related to the termination of one of the woman's pregnancies.

More charges could be filed.