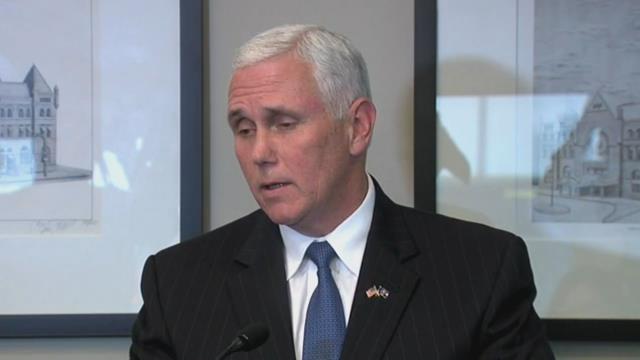 (CNN) -- Several women have called the office of Indiana Gov. Mike Pence sharing information that the Republican might consider "TMI" -- detailed descriptions of their menstrual cycles.

The calls are part of an effort to troll Pence for signing a bill that bans abortions on the basis of the race or sex of a fetus or "potential diagnosis of the fetus having Down syndrome or any other disability."

Opponents of the law said that it would potentially force women to endure complicated, high-risk pregnancies and could discourage women from being open with their doctors.

By sharing graphic information about their periods, the women have said they hope and to hammer home their belief that what they choose to do with their bodies is not the business of the government.

An Indiana woman, who chose to remain anonymous, started the Facebook page "Periods for Pence" and it has garnered over 22,000 followers in about three days.

"Let Governor Mike Pence know what you think about his intrusive HEA 1337 bill. Women should have the right to make their own medical decisions!" the page's description reads.

Calls rolled into Pence's office, as well as the law's author, Republican state Rep. Casey Cox, from women asking for gynecologist referrals, pregnancy advice and others sharing detailed descriptions of their monthly cycles.

Indiana is the second state, after North Dakota, to ban abortions sought due to abnormalities in the fetus.

"We're not making a determination about women's health. We are trying to protect the right of the unborn. They cannot speak for themselves," Indiana House Speaker Brian Bosma said in defense of the measure, according to the Chicago Tribune.

Meanwhile, some female Republican lawmakers spoke out against the law.

"The bill does nothing to save innocent lives. There's no education, there's no funding. It's just penalties," said Republican state Rep. Sharon Negele, according to the Associated Press.

CNN has reached out to the governor's office for comment.

Pence's deputy press secretary Stephanie Hodgin told RTV6's The Indy Channel in an email responding to questions about the calls that the governor's office is "always willing to take calls from constituents who have questions, concerns or are looking for assistance."