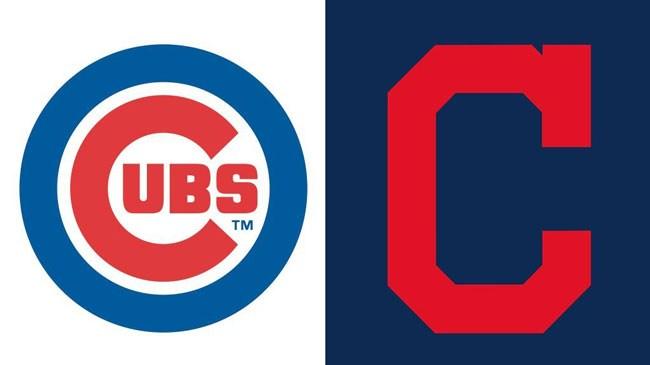 (CNN) -- These days -- and in this case, the "days" stretch back decades -- no baseball fans have it worse than the Chicago Cubs and Cleveland Indians. But that's about to change for one of those teams.

For one of the two cities, the misery finally will end at the conclusion of this year's World Series.

It's been a long wait for both teams to get back here. The Cubs haven't won the World Series since 1908. They haven't made it into the World Series since 1945, when they lost to the Detroit Tigers and the purported billy goat curse was put on the club. The 71-year wait between championship appearances is the longest stretch for any team in the four major American sports (MLB, NBA, NFL and NHL).

The Indians currently have the second-longest drought without a World Series title, last winning it in 1948. Until this year, when the Cavaliers won the NBA championship, it had been more than half a century since Cleveland won a title in any major sport. The Indians last reached the World Series in 1997, painfully losing to the then-Florida (now Miami) Marlins in the 11th inning of Game 7.

First pitch for the start of this best-of-seven series is scheduled for 8:08 p.m. ET on Tuesday at Progressive Field in Cleveland. Indians ace Corey Kluber will start for the Indians, while Jon Lester will go for the Cubs. All games will air on FOX.

Despite the Cubs (winners of the National League pennant) having the better regular-season record with 103 wins, it's the American-League champion Indians (winners of 94 games) with home-field advantage. That's because the AL won the MLB All-Star Game this summer.

"I hope they enjoy this," Cubs pitcher Kyle Hendricks said of the fans after Chicago won the National League Championship Series. "They have been waiting a long time for it. Best fans in the baseball, most dedicated fans, and they deserve a lot more of these, that's for sure. But at the end of the day, it does come down to that group of guys in the clubhouse. And it's been our goal from day one. We're still not there yet. We have four more to go."

Has the Cubs' billy goat curse been broken?

On October 6, 1945, just a month after the end of World War II, a Chicago tavern owner named William "Billy" Sianis went to Wrigley Field, intending to attend Game 4 of that World Series with his pet goat, Murphy. But, according to the Billy Goat Tavern website, while both had tickets, the goat was denied entry. No animals were allowed in the ballpark, plus Murphy smelled bad.

Sianis, according to legend, threw up his arms and proclaimed, "The Cubs ain't gonna win no more. The Cubs will never win a World Series so long as the goat is not allowed in Wrigley Field." They haven't won since.

This group of Cubs couldn't care less about curses, though. The current roster was built by team president Theo Epstein, and he's helped kill a curse before. Epstein's previous job? General manager of the Boston Red Sox. In 2004, the team roster he built won its first World Series since 1918, ending the Curse of the Bambino.

This Cubs roster Epstein has assembled is scarily good at the plate and in the field. Third baseman Kris Bryant and first baseman Anthony Rizzo have strong cases to win the NL MVP Award. Chicago's pitching rotation has three Cy Young Award candidates in Arrieta, Hendricks (who shut the door on the Los Angeles Dodgers in Game 6 of the NLCS) and Lester (who won the World Series twice when he played for Boston).

And don't underestimate the power of defense. The Cubs have two of the best in baseball with right fielder Jason Heyward and infielder Javier Baez (the co-NLCS MVP with Lester).

With all of this, the Cubs had baseball's best record this season. They are the team to beat.

"These guys, they're not just satisfied by getting to this point," Cubs manager Joe Maddon said. "We want to win this whole thing."

There's also another noteworthy tidbit: According to the FOX Sports 1 broadcast on Saturday, Sianis died on October 22, 1970. On that same date 46 years later (this past Saturday), the Cubs took a step closer to breaking the curse by reaching the World Series.

But for the Cubs, it's not about what winning a title would mean to the city of Chicago and baseball history. At least not right now.

"I think that would be something that's, you know, postmortem," Maddon said. "After you've actually done it, that's when you really dwell on that particular thought. In the meantime, I promise you, our guys are going to be in the present tense.

"I think we all have a tremendous amount of respect for history and what's happened before us or not happened before us. But, you know, you go in that room right now, they're very young. Really not impacted by a lot of the lore."

While the Cubs are getting the majority of the attention, don't count out Cleveland, a team that has been winning with spare parts.

The Indians won the AL Central Division, but their appearance in the Fall Classic is a bit of a surprise, as they limped into the playoffs.

Cleveland lost its best hitter, Michael Brantley, for the majority of the season. Shortly before the postseason, starting pitcher Carlos Carrasco suffered a broken finger, ending his season. The team also lost starting pitcher Danny Salazar, out with a strained flexor muscle. He hasn't been available to pitch so far in the postseason but will be available in the World Series.

The Indians have had injuries during their playoff run, as well. Starting pitcher Trevor Bauer sliced his right pinkie finger while repairing a drone. After the mishap, he started Game 3 of the ALCS against the Toronto Blue Jays but was forced to make an early exit when his finger started bleeding. Bauer tentatively is scheduled to start Game 2 on Wednesday.

Second baseman Jason Kipnis sprained his left ankle while celebrating the Indians winning the AL pennant in the Game 5 win against the Blue Jays. He's expected to play in Game 1.

The Indians aren't just decimated by injuries. They've been hexed, too, with the not-so-well-known curse of Rocky Colavito. Just before the start of the 1960 season, the Indians traded Colavito, the AL home run leader the previous year, to the Tigers for Harvey Kuenn. What followed were decades of agony. The team was terrible, spawning the 1989 movie "Major League."

But if anyone can steer the Indians to a World Series title, it's their manager, Terry Francona. He was at the helm when the Red Sox broke their curse in 2004, and he's done a terrific job managing the Indians this October.

"I think you have to have some depth because things happen over the course of a year," Francona said after the ALCS. "I also think our bullpen did some phenomenal things. They answered the bell time after time after time. And they're going to have to continue to do that."

"But everybody chips in wherever they're asked and they do the best they can. And to this point it's been good enough," he added.

It's been more than good. The Tribe has been dominant in this postseason and the team enters the World Series with much-needed rest. Cleveland swept Boston in the ALDS and needed just five games to take out Toronto in the ALCS. The Cubs, meanwhile, needed four out of the five games to eliminate the San Francisco Giants in the NLDS and six games to knock off the Dodgers in the NLCS.

Ending Cleveland's World Series drought is something fans can talk about, Francona said. For his team, it's about putting the energy into Tuesday night.

"I just think if you look too far back, you look too far forward, you miss what's right in front of you," Francona said. "So these players have earned the right to try to see if we can beat the Cubs, and that's going to be a tall enough task. But I don't think we need to go back and concern ourselves with 40, 50, 60 years ago.

Who needs it more?

Both cities have a strong case for who wants -- scratch that, needs -- this World Series more.

The Cubs' drought has lasted more than a century. But at least there has been a lot of winning elsewhere.

For starters, Chicago is a two-team baseball town, with the Chicago White Sox winning it all in 2005. The city's NHL counterpart, the Blackhawks, have won three Stanley Cups since 2010. Chicago is also the home of the NBA's Bulls, who won six championships in the Michael Jordan era in the 1990s, and the Chicago Bears, who won Super Bowl XX in 1986.

Until this June, times were dark in Cleveland, the city that's been known as "The Mistake by the Lake." The city only just experienced its first major championship in 52 years when the Cavaliers won the NBA title. The Cleveland Browns have never been to the Super Bowl (last winning an NFL championship in 1964) and may finish this NFL season winless (including the preseason).

There have been countless heartbreaks along the way for both cities. But in a matter of days, the suffering for one of them will end.

As for the other? Well, there's always next year.