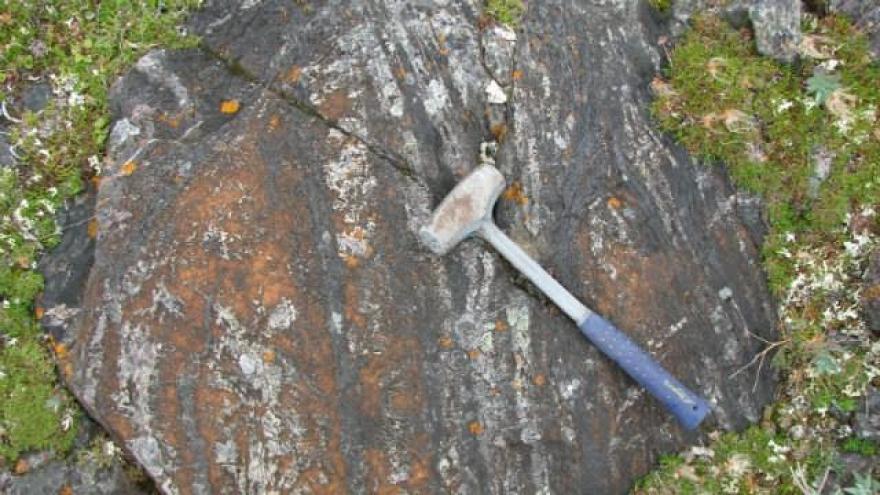 (CNN) -- Scientists claim to have discovered the remains of microorganisms in Canada that are at least 3.77 billion years old. If they are proven to have a biological origin, they would be the oldest microfossils ever found.

The discovery comprises tiny filaments and tubes formed by bacteria that lived on iron, according to a statement released Wednesday by University College London.

They were found in quartz layers in the Nuvvuagittuq Supracrustal Belt in Quebec, Canada, which contains some of the Earth's oldest known sedimentary rocks, it said.

"Our discovery supports the idea that life emerged from hot, seafloor vents shortly after planet Earth formed," said Matthew Dodd, a researcher at UCL Earth Sciences and the London Center for Nanotechnology and one of the report's authors.

The oldest microfossils previously reported were found in Western Australia in 2013 and dated to around 3.4 billion years ago.

But questions have been raised over the credibility of those finds. Some suggested that what appeared to be fossils could have been formed by biological or non-biological processes, such as temperature or pressure changes in the rocks over millions of years.

The team of international scientists working in Canada said its discovery had clear signs of being biological in origin, including minerals "found in biological matter including bones and teeth," according to a statement from UCL.

"The microfossils we discovered have a range of traits that are similar to younger biological fossils," the study's lead author, Dominic Papineau, told CNN. "They have a twisted structure, a little bit like a corkscrew, and branching filaments. We don't have the genetic information yet, but we believe they are non-oxidizing bacteria."

According to Papineau, these microorganisms, which could breathe and eat, could be up to 4.28 billion years old. "If they are this old, this means that life developed very rapidly on Earth," Papineau said. "Just 250 million years after the Earth formed, life was already quite complex."

Not all scientists are convinced by the team's findings, however.

William Martin, head of the Molecular Evolution Institute at Dusseldorf's Heinrich Heine University, told CNN he is "unconvinced that this is biological material. There is no clear cut evidence that these were made by biology. It's not good enough that these things look like cells."

Papineau hopes that the team's findings will eventually be accepted by the whole scientific community. "We have been very specific with our nine independent lines of evidence," he told CNN. With this research, he added, "we have certainly documented evidence of early life better than anyone else."

As well as potentially shedding light on Earth's earliest life forms, the discovery could have implications for the search for life beyond our planet.

"If it happened very quickly here," Papineau told CNN, "it could have happened elsewhere in the solar system."

According to Papineau, the development of these life forms requires only water, volcanic activity and the presence of common chemicals such as carbon. These organisms could have developed at a similar time on Mars or the moons of Jupiter and Saturn, Papineau said.

If any signs of such life forms are detected, however, don't expect them to appear familiar.

One of our earliest ancestors ever discovered, Saccorhytus, from a category of creatures called deuterostomes dating from around half a billion years ago -- far, far more recent than the Canadian find -- looks more like something from "Alien" than anything seen on Earth today.