WWII-era plane mystery: Who are Eva and Edith? 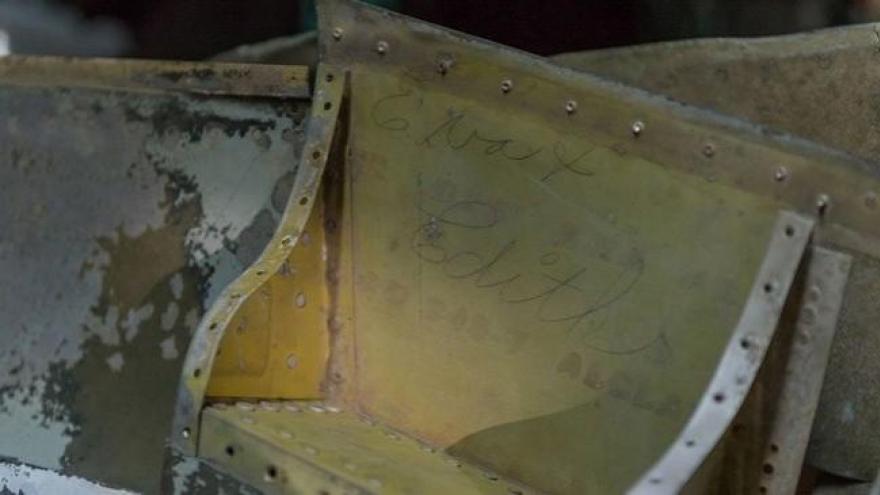 (CNN) -- Their identities may have been lost in time, but now the search is on for two women who scrawled their names inside the wing of a WWII-era fighter plane.

A grease pencil signature says "Eva & Edith" and was found on a P-47 Thunderbolt by AirCorps Aviation, who is restoring the plane.

The specific plane, model P-47 D-23RA, that had the Eva & Edith signatures was completed in 1944 at Republic Aviation's Evansville, Indiana plant, according to the Aircorps website.

AirCorps initially thought the part was manufactured in the Evansville plant, but updated their blog on February 1 with updated information. They now believe the wing was built by the Curtiss-Wright Company in Buffalo, NY.

"A lot of times, you hear about the folks that flew them, the Aces and the missions they took part in. But, often, the folks that went to work here at the home front kind of get a little overlooked, military historian Kenneth Grant told CNN affiliate WFIE.

Notes, signatures and measurements were often written on the inner surfaces of aircraft during the manufacturing process -- sometimes for convenience and sometimes for posterity, AirCorps said.

AirCorps is asking anyone with information about Eva and Edith to contact them.

"Could these two ladies have possibly fathomed that 72 years after becoming part of the 'army at home' their signatures inside a P-47 would still exist as evidence of their contributions?" the website mused.