Year in Review 2016: A forgettable season for Notre Dame Football 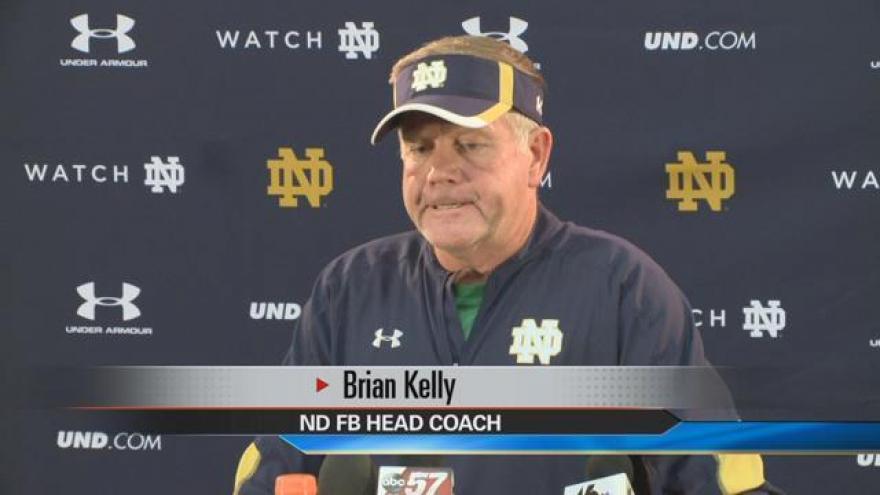 It started with promise but quickly turned bleak

"Disappointment, then that disappointment led to embarrassment, and then I was mad as hell," Head Coach Brian Kelly said.

Kelly also had a quarterback dilemma on his hands, with incumbent starter DeShone Kizer or Malik Zaire, who was replaced following a fractured ankle in 2015. Kelly said he would play both in the season opener against Texas. But Kelly didn't make the decision to go with only Kizer until the third quarter and despite him accounting for six touchdowns, Notre Dame lost a double overtime thriller in Austin.

After bouncing back against Nevada a week later, the Irish braced for their next challenge against Michigan State and it got out of hand quickly. Down by as much as 29 points late in the third quarter, Notre Dame rallied but came up short losing 36-28 and eliminating any hopes of a chance at the College Football Playoff

"We got to coach better," Kelly said afterward.
But next week hurt the most, a home loss to Duke, who came in as three touchdown underdogs, leading to Kelly calling out his whole team after the game

"You better have some damn fire and some damn energy in you. We lack it, we lack it severely," Kelly said.

The Duke game also signaled the end for Defensive Coordinator Brian VanGorder, a move most people thought was ten months too late.

Anytime the Irish looked to get back on track, something seemed to get in the way. A hurricane in Raleigh, which saw the Irish lose a game in which they did not allow a defensive touchdown. A week later against Stanford, a fumble in the endzone went right over two Irish defenders, the Cardinal recovered and escaped with a 17-10 victory

But Notre Dame would split its next four games, running its record to 4-7, and effectively ending any hope for a bowl game, and worst of all the Irish's nightmare season still had one game to go.

The academic scandal that rocked the university in 2014 finally came to a close, most notably with the NCAA forcing Notre Dame to vacate all wins from the 2012 and 2013 seasons.

A fitting end to a forgettable season with USC drubbing the Irish by three touchdowns. Finishing the years at 4-8, questions circled about Brian Kelly's future. Will he be fired? Will he leave for a new opportunity? Kelly assured multiple times that he would be back and this is the place he wants to be, but some change will need to be made before the beginning of the 2017 season.
"The blend of continuity and change is the sweetspot and for me we need to clearly look at where that is because it was off and so I have to clearly look at where that mix is of continuity and change,"  Kelly said.

And changes have already begun to take effect with former Offensive Coordinator Mike Sanford leaving to become Western Kentucky's Head Coach, Brian Polian has taken over for Scott Booker as special teams coordinator, and highly touted Mike Elko will take over as defensive coordinator in 2017.