It was a mess across Michiana yesterday, especially in the morning hours as travel into work was difficult to say the least. But storm totals as of the end of the day yesterday varied greatly with the most up towards the north and west as expected. 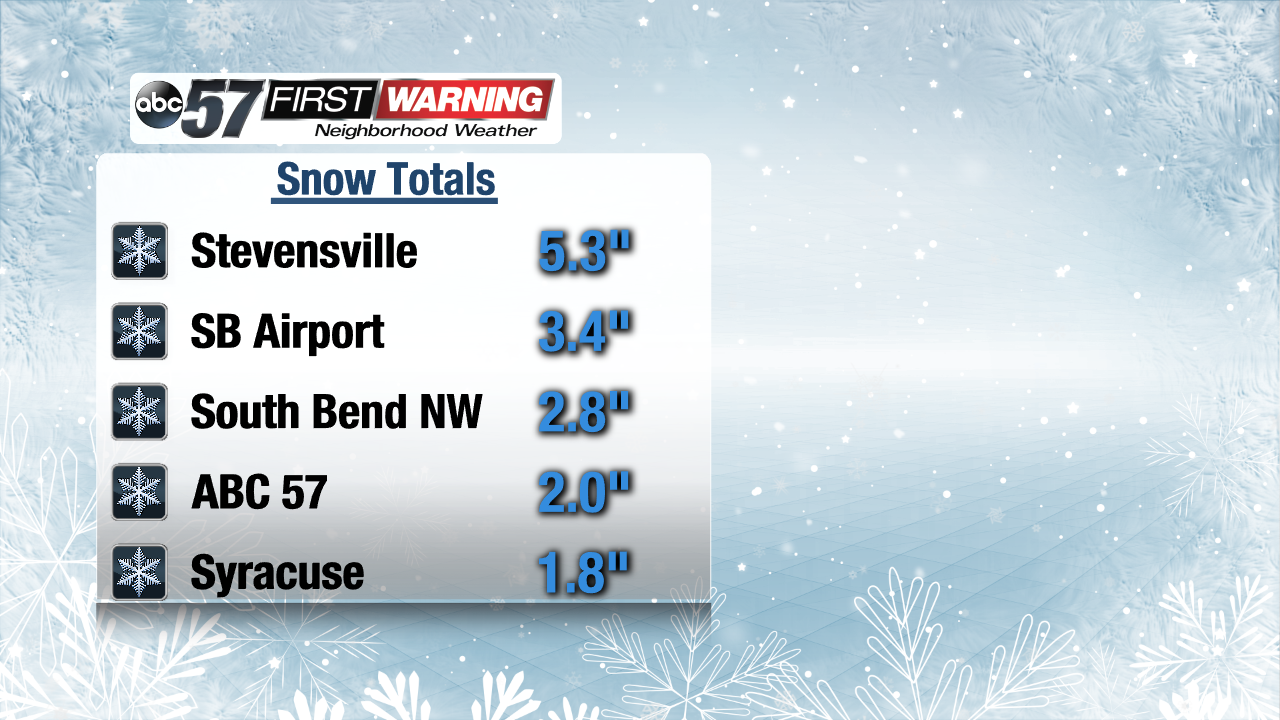 Stevensville picked up the most as of right now at about 5 inches. The South Bend Airport got about 3.5 inches while we only saw about 2 inches at the ABC 57 studio. That's most likely thanks to the blowing and drifting snow. And our snowfall numbers continue to climb during this very snowy month of November. 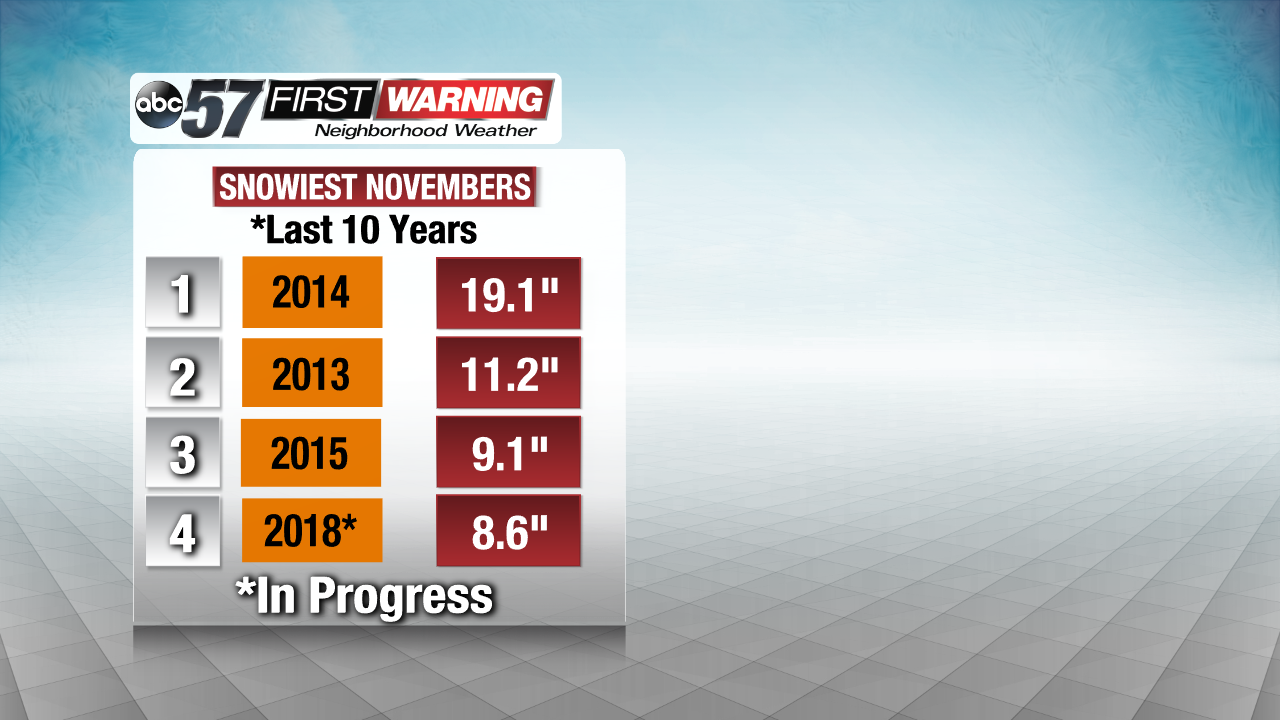 We're not far away from the number 3 spot for snowiest Novembers over the last 10 years, with only a half inch to go. 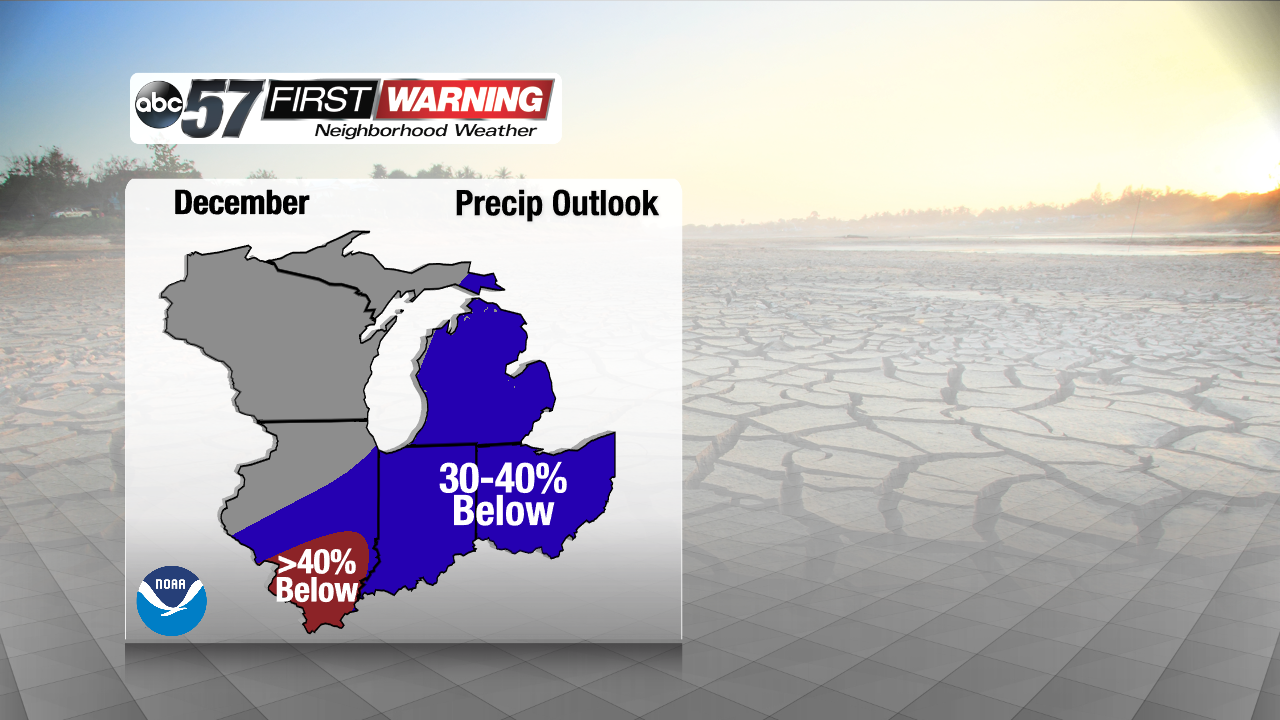 Looking ahead to December, the month overall could be drier and cooler. The Climate Prediction Center has a slight chance of drier-than-normal conditions over the entire region, with better chances in southern Illinois.

There were a lot of problems yesterday and one of them were the power outages for sure. A few thousand continue to be in the dark early today. Let's start with the wind gusts that were able to bring some limbs in spots. 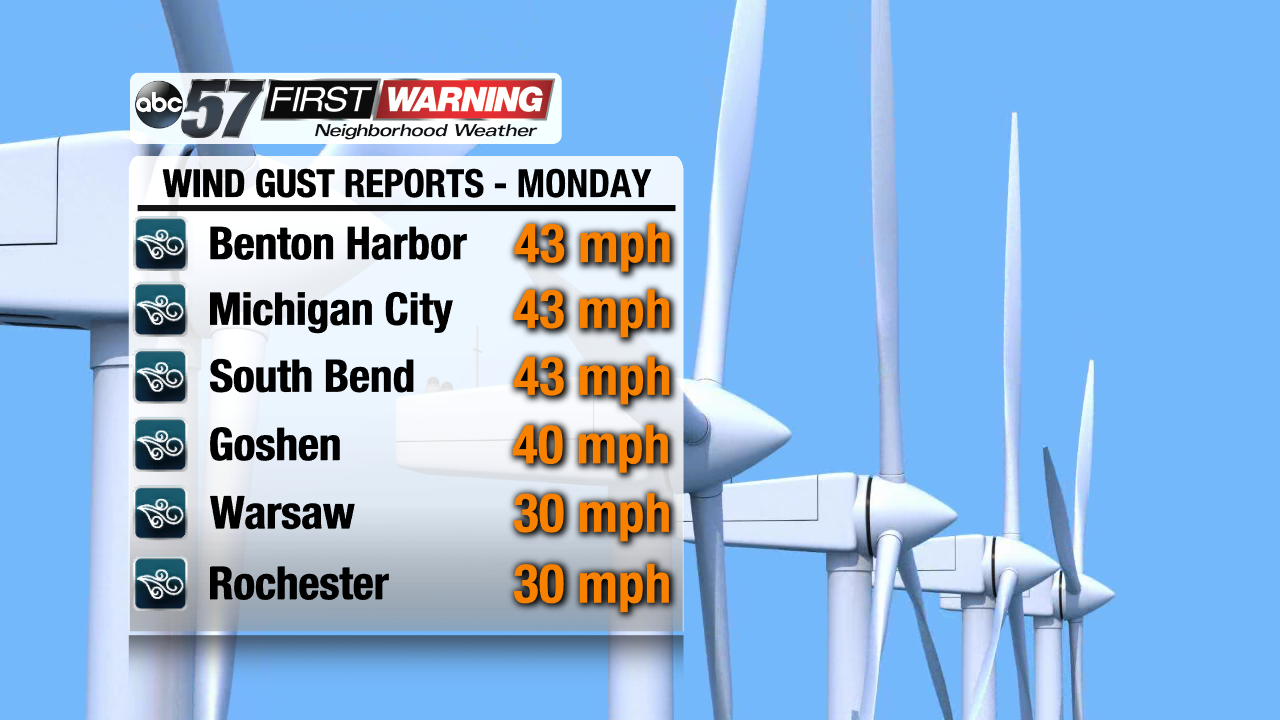 The strongest gusts were definitely felt out to the north and west! Anyone driving on the highways in LaPorte and Berrien counties probably had a tougher time as you were probably fighting the wind. Even farther south were the wind was not as bad, gusts still touched 30 mph.

Then, the nature of the snow became a problem. Because temperatures were near, and just below, freezing, our snow to liquid ratio was very low. 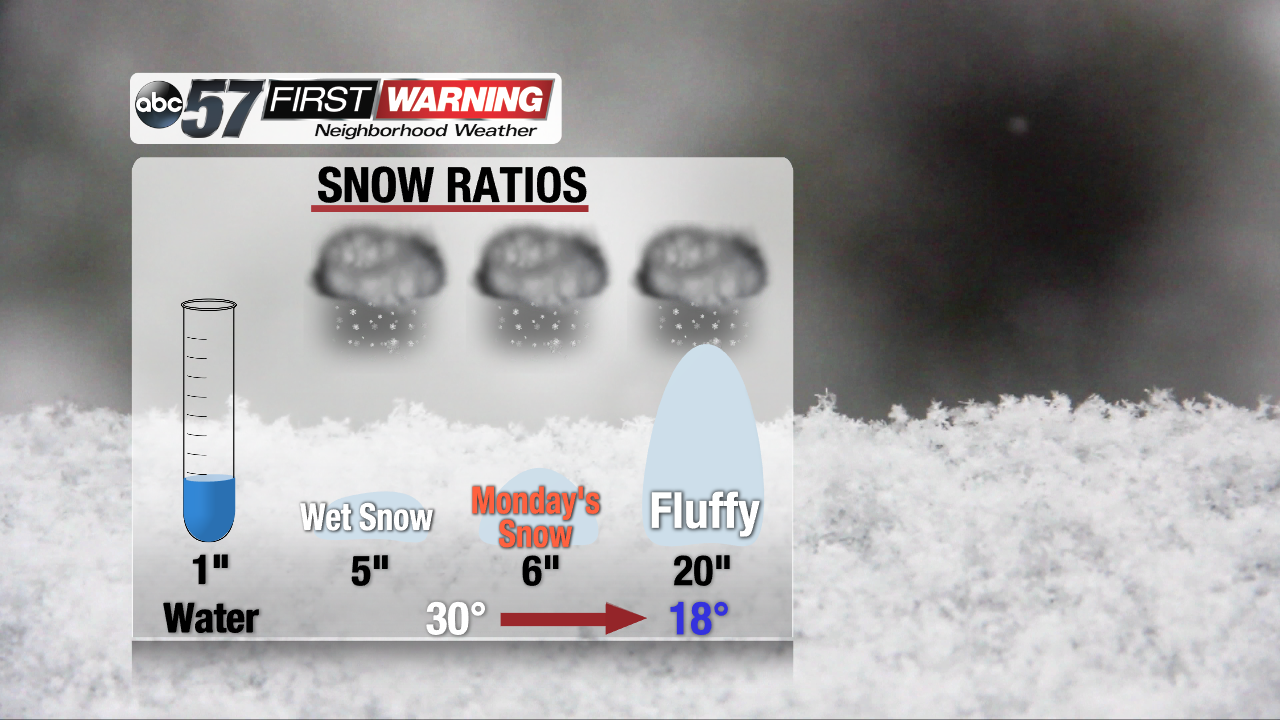 All that means is that the snow was very wet and heavy and about 6 inches of that wet snow would melt down to about 1 inch of water. And the weight of that snow, mixed with stronger wind gusts in northwest Michiana, created the power outages. 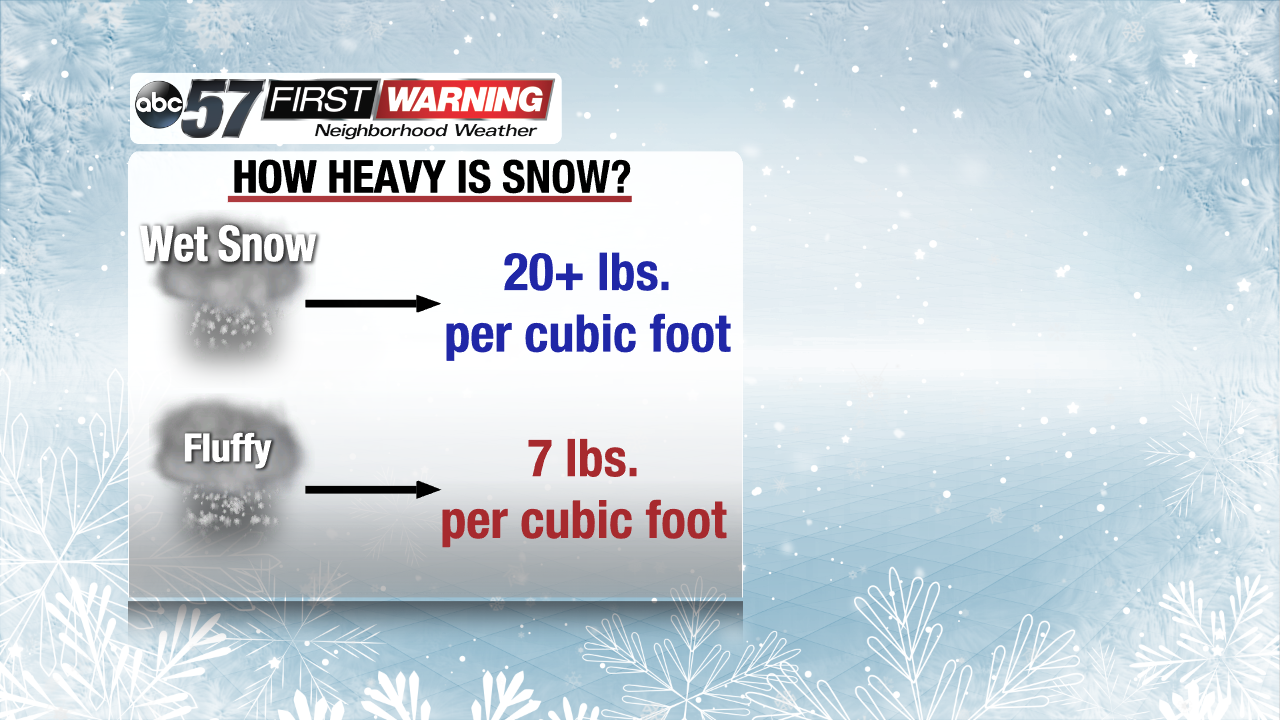 In fact, that wet snow puts about 20 pounds per cubic foot on an object. That would definitely droop trees and break smaller limbs.