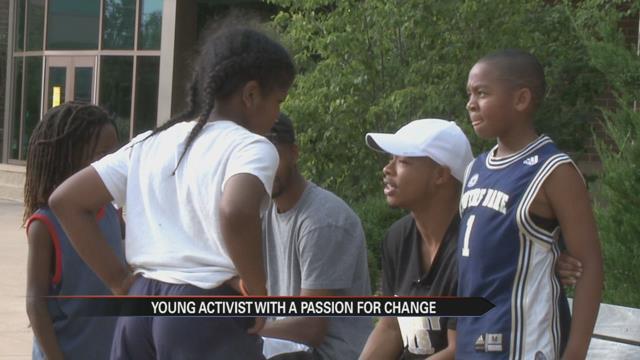 Twenty-four-year-old Shawn Jacks wants to replace violent chatter with positivity, in a new initiative he calls Be Great.

“I want to effect a cultural change. The constant thought we want to put in people’s heads is how to be a better person or to think about being a better person than you were the day before. Our goal is to promote advocacy and service in all the urban communities,” said Jacks.

Seventeen-year-old Shane Inez is beginning his senior year at Riley High school. He leads the local chapter of Young Americans for Freedom.

“What we’d like to do is inspire young people to be politically active in their community. We wanted to start at Clay High School with establishing the first gender neutral rest room in Michiana. I live here. I work here. I grew up here. This is home, not just South Bend, Indiana. So I feel like it’s a duty of mine to try to shape our environment,” said Inez.