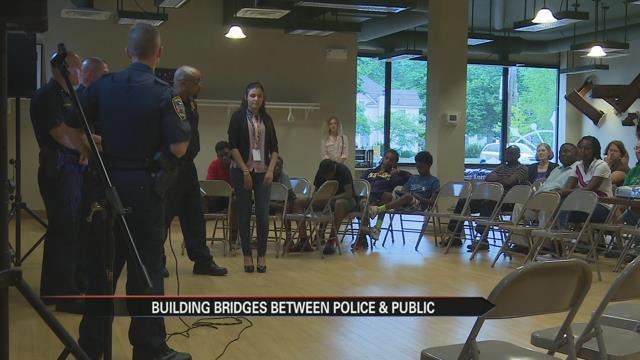 The push continues to turn neighborhood policing into relationships with the community.

Law enforcement from South Bend and Mishawaka spoke to the people at the Near North West Community Center Thursday, in the hopes of creating honest conversations on police and citizen relations.

Difficult dialogues were opened and candid truths were revealed during the forum.

No question went unanswered as members of the organizing group, The Espwa Group, made it their mission to help build bridges.

“We have to look out for and protect, just as well as would want them to protect us. It’s a community thing, so we’re all one big happy family,” said Eric Crittendon, South Bend Patrol Division Chief.

The Espwa Group is made up of young adults.

They hosted the event in order to educate more youth members of the community.

“In situations like this it can be the difference between life or death because some people don’t know what to do and if you don’t know what you’re doing it could lead you down the wrong path,” said Zachary Widmoyer, member of The Espwa Group.

Thursday, all involved kept the conversation open in the hopes of keeping good community relations with police.