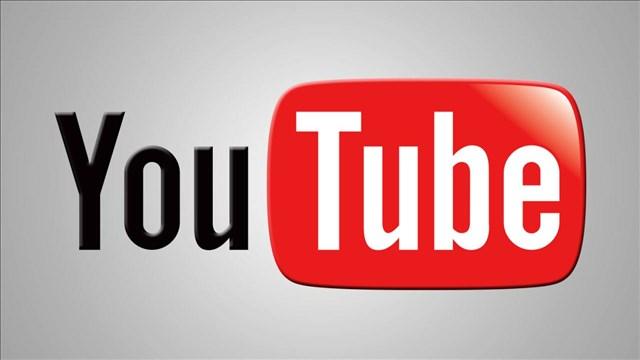 (CNN) -- Two passengers were removed from a Delta plane parked in London on Wednesday. The airline has begun an investigation and a flurry of comments are flying on social media.

One of the passengers, a self-styled star of YouTube videos, immediately posted video alleging the airline crew discriminated against him because he was speaking Arabic. Delta issued a statement referring to what it termed a "disturbance."

Delta says it takes claims of discrimination seriously, works to treat everyone with respect and was "gathering all the facts before jumping to any conclusion."

The airline statement did not indicate who was responsible for an incident that "resulted in more than 20 customers expressing their discomfort."

The video posted on Twitter shows 23-year-old Adam Saleh and his friend Slim Albaher being escorted off the airplane.

He said the incident involved "six white people against us bearded men."

Saleh, who has a significant YouTube following for his videos about pranks and other activities, published his experience and reactions in a series of videos after the flight to New York took off without him.

The video taken in the plane's interior includes graphic language.

Speaking of the captain, Saleh said, "He knew if he kept us on there, they (the passengers) would have made a whole commotion." It's not clear who made the decision to remove the two men.

London's Metropolitan Police said officers came to the gate. There were no arrests and no offenses disclosed, it said.

A Delta spokesman told CNN: "We're conducting a full review to understand what transpired. We are taking allegations of discrimination very seriously; our culture requires treating others with respect."

The airline said it planned to interview the crew and passengers. "Maintaining a safe, comfortable and orderly onboard environment is paramount for every flight and requires the cooperation of all of our customers in conjunction with adherence to directions from our crew members."

Later, Delta released a statement saying the flight crew had been debriefed and statements from several passengers had been collected.

"It appears the customers who were removed sought to disrupt the cabin with provocative behavior, including shouting," the statement said, adding that "one, according to media reports, is a known prankster who was video recorded and encouraged by his traveling companion."

Interviewed by CNN after he arrived in New York, Saleh stood by his story.

"You know how mean it felt, 20 people pointing at us saying, 'Take them off' ... It made me feel like I was a terrorist," he said, insisting that the incident was no prank.

"We only pulled out the camera once we were getting kicked out," he said.

Saleh's manager, Naz Rahman, said his client was in London for the day after spending 10 days in Australia as part of his world tour.

Rahman told CNN, "He said he was speaking to his mom on the phone in Arabic and someone said she felt uncomfortable. Then more people joined in on the bandwagon saying to get them off the plane. I advised him to stay calm and that we'll get to the bottom of this."

News of Saleh's experience quickly spread on social media, with many of his followers using the hashtag #BoycottDelta to show their support. Saleh tweeted that he and his friend were on another flight to New York with a different airline.

Saleh has a history of posting prank videos on his YouTube channels. In one video, posted on December 13, the video includes a warning. "Do NOT Try This. It was done by a professional idiot!"

Asked about Wednesday's incident, Rahman told CNN, "I can assure you that is not a stunt. I don't think anybody in their right mind would do this as a stunt. This is not a prank. It is as real as it gets."