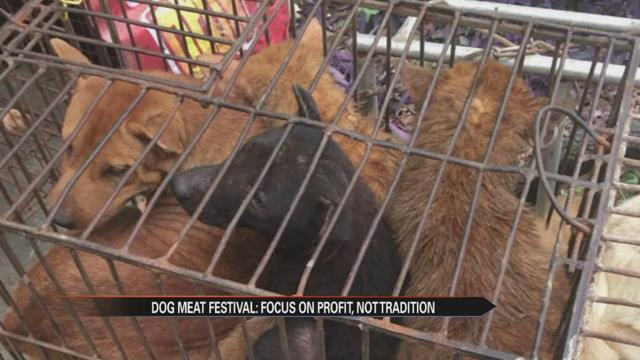 Controversy was stirred in China today as the annual Yulin Dog Meat Festival got underway.

As many as 10,000 dogs will be killed and eaten at the ten day festival.

Animal rights activists are angry and claim the dogs at the event are treated inhumanely, tortured, beaten to death and then cooked for the feast.

China Policy Specialist of Humane Society International Peter Li says though the Yulin people claim the festival is tradition, it is profit that motivates them.

Li says he has written much about the topic in an effort to sway local politicians and citizens to make the practice illegal. He’s been told that officials have taken notice of the local social climate and international condemnation for the festival.

Li feels hopeful there could be concrete steps taken in the next few days to stop the festival.

A petition with 11 million signatures is calling on the Chinese government to end the event. And millions have taken to social media to protest the festival.

Some reports on Twitter say the Yulin people are upset because the protests are ruining the mood of their celebration. Protesters have Tweeted to local activists to keep up their good work.