Zimbabwe's Mugabe vows to stay in power despite pressure to resign 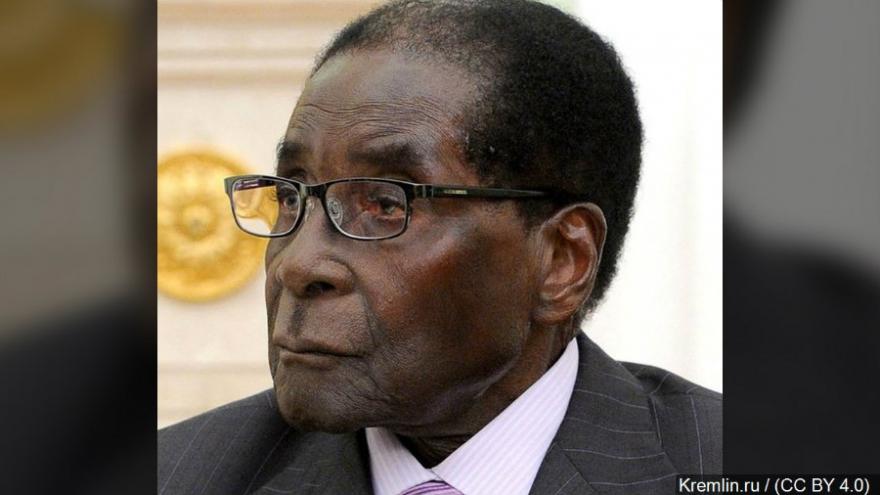 (CNN) -- Embattled Zimbabwean President Robert Mugabe gave a rambling televised speech to his country Sunday but did not resign -- despite an ultimatum from his own party that said it would move to impeach him if he did not step down by midday Monday.

Members of ZANU-PF, which Mugabe co-founded to usher his country into independence, voted the 93-year-old President out on Sunday and anointed Emmerson Mnangagwa, the former vice president fired by Mugabe earlier this month, as new party leader.

In his address late Sunday night, Mugabe said he had met with the nation's security force command before speaking to the nation, but vowed to stay in power.

Rumors were swirling before he spoke that Mugabe would resign the presidency.

While acknowledging the struggles and criticisms that led the nation's security forces to seize power, and the pressure for him to resign, Mugabe said he will preside over the ZANU-PF congress in December.

"Today's meeting with the command element has underscored the need for us to collectively start processes that return our nation to normalcy. So that all our people can go about their business unhindered, in an environment of perfect peace and security. "

He also enumerated all the concerns raised by the nation's security force and his own party, including the struggling Zimbabwean economy, and added they should be attended to with great urgency.

During his address, Mugabe was flanked by various uniformed members of the armed forces. While speaking, he shuffled his papers and at times seemed to lose his place, prompting him to apologize at the end.

"It was a long speech," Mugabe said, before receiving tepid applause by those sitting next to him. Minutes later he stood up and shook hands with members of the armed forces.

Removing Mugabe as party leader does not dethrone him as Zimbabwe's President, but it is a clear indication that if Parliament holds a vote on his future, they will have the numbers to impeach him.

Grace Mugabe gone: Mugabe's wife, who was maneuvering to run for president, was also expelled from the party, according to Reuters.

Talks in deadlock: Mugabe has refused to accept a deal with the military that will allow him to resign without being forced out.

Mugabe's support crumbles: Tens of thousands of protesters took to the streets Saturday to demand an end to Mugabe's rule as several key allies turn against him.

Social media video of the party meeting during which Mugabe was removed as leader showed ZANU-PF members singing and dancing in jubilation.

The decision came shortly after official Obert Mpofu opened the meeting at the party headquarters in Harare by declaring the party's intention to vote out Mugabe. His statement received a standing ovation and roars of support.

Mpofu is one of the many former Mugabe allies who have turned on the President. The former mining minister, who once described himself as Mugabe's most obedient son, said the decision was made Sunday with a "heavy heart."

Mugabe's 37-year rule has been on the brink of collapse since the army seized power in Harare on Wednesday. The military is losing patience with the leader, who is refusing to accept a deal that would allow him to resign without the disgrace of being forced from office.

But with his main power base now gone, there may be a breakthrough in negotiations. Mugabe is effectively now forced to make a choice between stepping down or waiting for Parliament to officially oust him.

Sources told CNN that any deal would involve Mugabe stepping down to make way for an interim President, while Mnangagwa would likely be installed as the next ZANU-PF leader at a congress in December, paving the way for the presidency in next year's election.

Mnangagwa has been central to the political chaos. Party members saw his dismissal on November 6 as the final assault after months of infighting over who would eventually replace Mugabe.

Mnangagwa has not been seen since his dismissal, but CNN has learned that he had been instrumental for some time in plans to seize control from the President.

Mnangagwa served as Mugabe's right-hand man throughout his entire leadership, and there are now concerns that his rise could mark a continuation of Mugabe's oppressive policies.

Like Mugabe, Mnangagwa has been accused of playing a central role in a string of massacres by the country's Fifth Brigade in the early 1980s, which are widely believed to have left up to 20,000 people dead.

There is strong appetite in the country to see Mugabe go. On Saturday, tens of thousands of protesters took to the streets to demand an end to the President's rule.

The country's powerful army veterans organization, once loyal to Mugabe, has also turned on the President. The group organized a rally in Harare on Saturday, in which tens of thousands of people called for an end to Mugabe's rule.

Some waved Zimbabwean flags and placards with slogans like "Mugabe Must Rest Now" and "No to Mugabe Dynasty," a rare sight in Zimbabwe, where such gatherings had been banned for decades.

Others ran alongside army tanks and hugged soldiers to show their gratitude for their actions.

US Secretary of State Rex Tillerson called on the army to show restraint but described the situation in Zimbabwe as an "opportunity" for the country.

Mugabe had said that he planned to contest next year's election, despite his age, and once infamously claimed that "only God" could remove him from office.

Zimbabwe's Indigenization Minister Patrick Zhuwao, who is also Mugabe's nephew, said the President "is willing to die for his principles."

"He is willing to die to protect the constitution."