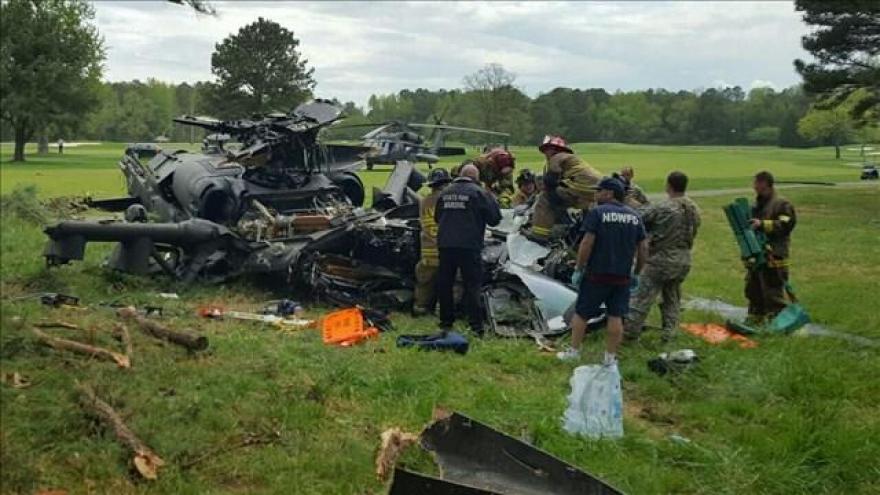 WASHINGTON (CNN) -- A UH-60 Blackhawk helicopter crashed on a golf course in Leonardtown, Maryland, during a routine training exercise Monday, killing one crew member and injuring two others, according to the US Army Military District of Washington.

One crew member remains in serious condition and another is in critical condition, according to the US Army. The cause of the crash is under investigation.

"We are deeply saddened by this loss within our community," said Maj. Gen. Bradley A. Becker, commanding general, Joint Force Headquarters National Capital Region and the US Army Military District of Washington, in a statement to CNN.

"Our condolences go out to the families and friends affected by this tragedy, and our team is focused on supporting them during this difficult time."

The helicopter came down in a small patch of trees in between two golf holes, according to Kevin Bowen, who works in the club's pro shop.

One witness, Garrett Bowles, told CNN he thinks the helicopter hit some trees as it went down. One other helicopter was at the scene when it crashed, Bowles told CNN.

Another witness, Bianca Melton, told CNN the helicopter looked like it stalled out before crashing.