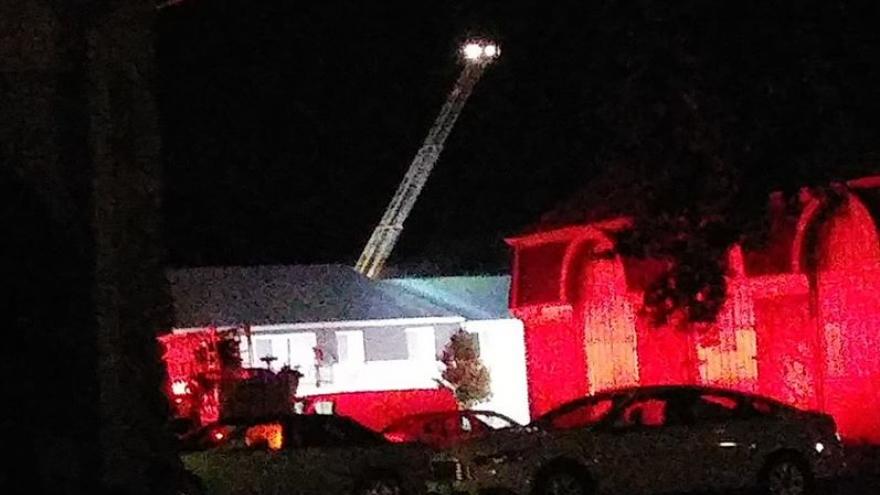 Fire Crews were called to the scene at 311 Rue Flambeau at the Laurenz Place apartment complex.

According to officials, fire crews located the fire on the first floor of the structure with several occupants on the balconies of the second floor, in need of rescue.

Officials say one occupant was in the apartment where the fire originated and was able to evacuate through a window after breaking the glass and crawling out of the window to safety. She suffered minor lacerations and was treated at the scene.

One pet cat is reported to have died in the fire while all other occupants of the structure were rescued by firefighters or evacuated.

The building suffered damages in the fire.

Fire officials are still determining the cause and the origin of the fire.