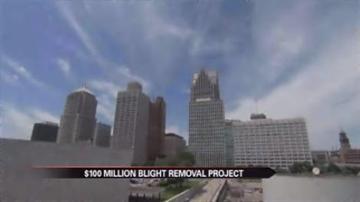 DETROIT -- The city of Detroit got a boost of cash to help its curb appeal.

The money will be used to demolish some of the more than 78,000 homes that sit empty in Detroit.

"You've got to remove blight in order to begin new growth. The same thing's true in a forest and it is a true in a neighborhood, and the removal of this blight is part of the strength of this neighborhood," said Michigan Senator Carl Levin.

The money comes from a federal fund created to help states hit hard by the housing crisis.