11 Companies pull ads from 'The O'Reilly Factor' in growing movement 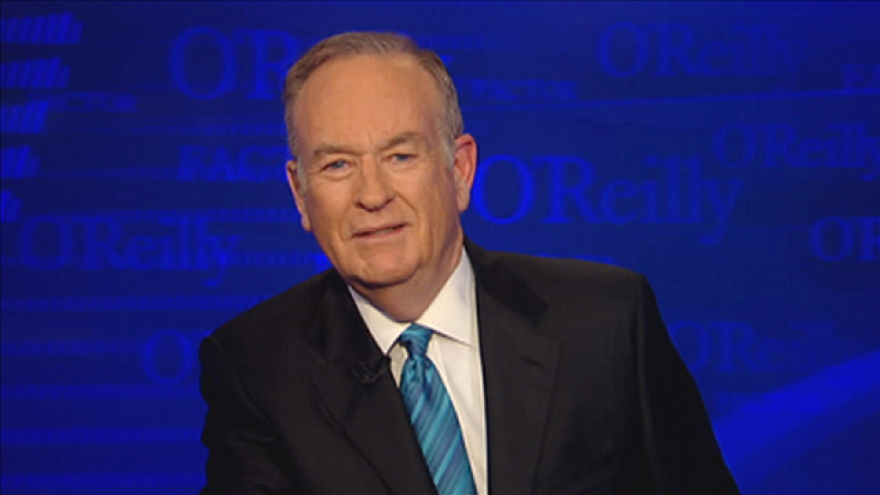 NEW YORK (CNNMoney) -- "The O'Reilly Factor" is facing a growing advertiser revolt, as 11 companies have pulled their commercials from the show amid a scandal involving the host, Bill O'Reilly.

The decisions signal the potential of financial damage for "The O'Reilly Factor," the most popular show on cable news, and its network, Fox News.

Hyundai said early Tuesday that it is not currently advertising on "The O'Reilly Factor" but will remove upcoming ads because of the "recent and disturbing allegations."

"We will continue to monitor and evaluate the situation as we plan future advertising decisions," the company said.

Mercedes-Benz used similar language on Monday when it pulled its own ads.

"The allegations are disturbing and, given the importance of women in every aspect of our business, we don't feel this is a good environment in which to advertise our products right now," spokeswoman Donna Boland told CNNMoney.

BMW of North America announced Tuesday that it was also suspending its ads on "The O'Reilly Factor." And the investment firm T.Rowe Price said Tuesday afternoon that it had decided to pull its upcoming ads from the program in light of the new allegations.

The New York Times reported on Sunday that settlements totaling $13 million had been reached with five women who accused O'Reilly of inappropriate behavior.

O'Reilly did not address the Times report on his show Monday night. In a statement over the weekend, Fox News' parent company 21st Century Fox said it "takes matters of workplace behavior very seriously" but stood by O'Reilly. It also said none of the women used a company hotline to report improper behavior.

One of the women, Wendy Walsh, told CNN on Monday night that she was not out for money. "I just want a nontoxic work environment for my daughters and their generation," she told Don Lemon.

The three car companies that pulled ads from the "Factor" were eventually followed by several others.

Ainsworth Pet Nutrition, the parent company of the Rachael Ray-partnered dog food brand Nutrish, said it "removed our advertising from the program because of these recent and disturbing allegations."

The clothing company UNTUCKit said in a statement it was pulling its ads from the "O'Reilly Factor," noting that two-thirds of its employees are women.

"Moreover, it is important our corporate partners reflect the same principals of inclusivity and equality upon which we have built our brand," the statement said. "In light of the disturbing allegations, we instructed our media buyer this morning to reallocate our ad dollars to other shows effective immediately. We will continue to closely monitor the situation but believe this is the right decision at this time."

In announcing that it was suspending its advertising on the "O'Reilly Factor," the insurance giant Allstate said it was "concerned about the issues surrounding the program" and that "inclusivity and support for women" are important company values.

A spokeswoman for the digital marketing company Constant Contact said it, too, was yanking its ads.

"Based on the recent allegations and our strong commitment to inclusion, respect and tolerance in the workplace, we have decided to pull Constant Contact's ads from The O'Reilly Factor," the spokeswoman said, noting that ads could continue to run on the program through Tuesday evening.

"While the cancellation request is effective immediately, it may take up to 24 hours to be implemented," she added.

The consumer healthcare company Sanofi, maker of products such as Gold Bond and ACT mouthwash, said it was also removing its ads from the show.

"The controversy around The O'Reilly Factor program and allegations made against Bill O'Reilly are matters that we take seriously and will continue to monitor. We do not endorse the behavior or opinions of program hosts or the content," the Sanofi spokesperson said. "We have reallocated our current advertising originally scheduled during this program. We will continue to monitor and evaluate the situation as we plan future advertising decisions."

By late Tuesday afternoon, another automaker -- Mitsubishi Motors -- said it decided to pull its ads.

"We will continue to monitor this situation as we assess our long-term strategy," the Mitsubishi spokesperson said.

The wave of advertisers that began to abandon the program Tuesday suggests that even more could follow suit. CNNMoney has reached out to more than 20 companies and brands that have advertised on "The O'Reilly Factor," which is coming off its highest-rated quarter in history -- about 4 million viewers a night.

"The O'Reilly Factor," reportedly generated $446 million in ad revenue between 2014 and 2016. O'Reilly is also a best-selling author whose books have been adapted for television -- a one-man, multimedia juggernaut and a star asset for the business associates and sponsors in his orbit.

One company, the online directory Angie's List, said it has "no plans to change our ad buy."

"The advertising strategy we have long used at Angie's List is meant to reach as many people as possible with news that our service exists and is available to them," a spokeswoman for Angie's List said. "We place ads across a wide spectrum of venues intending to reach as many viewers/listeners/ readers as possible without taking a position on the viewpoints of the venues themselves. Just as we trust members to make their own hiring decisions, we trust them to make their own media consumption decisions."

Another company, Lexus, said in a statement Monday, "We take our duties as a responsible advertiser seriously, and seek to partner with organizations who share our company culture and philosophy of respect for all people. We will continue to monitor the situation and will take any appropriate action through our media buying partners."

A spokesperson for Jenny Craig said that the organization "condemns any and all forms of sexual harassment," but declined to comment further.

Other companies said they were looking into the matter. A spokesperson for Fox News did not respond to a request for comment on Tuesday.

O'Reilly is a similar draw in publishing, where he has established himself as one of the most successful nonfiction authors in the world.

Henry Holt & Company, O'Reilly's publisher, said last year that his "Killing" franchise -- a series of historic blockbusters that examine the deaths or attempted assassinations of various figures from Jesus to JFK -- had sold 14.5 million copies.

Reached by CNNMoney, a spokesperson for Henry Holt said the publisher had no comment at this time.

Some of the "Killing" books have been adapted into made-for-TV films by National Geographic, which is part of the portfolio of cable channels of Fox News parent 21st Century Fox.

National Geographic did not respond to a request for comment.

The 2015 adaptation of "Killing Jesus" set a ratings record for National Geographic. "Killing the Rising Sun," the latest installment of the series about the United States' bombing of Hiroshima and Nagasaki -- has been on the New York Times' best seller list for 28 weeks.

It's a safe bet that O'Reilly's new book "Old School," a manifesto of sorts on the author's personal beliefs, will crack that list soon. The book contrasts adherents to "traditional values" with "snowflakes," the left-of-center forces O'Reilly believes to be too politically correct and sensitive.

At a press conference on Monday, the attorney Lisa Bloom, who is representing one of the accusers featured in the Times' report, took issue with O'Reilly's claim to be a "target" of lawsuits.

"Bill O'Reilly, you call out whiners as delicate snowflakes," Bloom said in a statement. "But you're the one whining now."