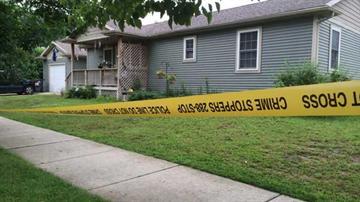 When officers arrived to 100 N. Studebaker Street, they found a 15-year-old male with a stab wound in the back of the neck. He had been stabbed with a screwdriver.

He was taken to the hospital where he is stable.

The investigation revealed the stabbing happened at 1328 Liston Street.

At the Liston Street address, officers found the suspect, the victim's 13-year-old brother, according to police.

The 13-year-old was taken into custody and taken to the JJC on a preliminary charge of battery.

Witnesses told police the brothers may have been arguing over a piece of clothing when the stabbing happened.

Neighbors tell ABC57 the two teenagers were good kids, who were helpful around the neighborhood, and always happy.  According to one neighbor, the five siblings lost their mother last year, and they're still trying to deal with that emotional loss.