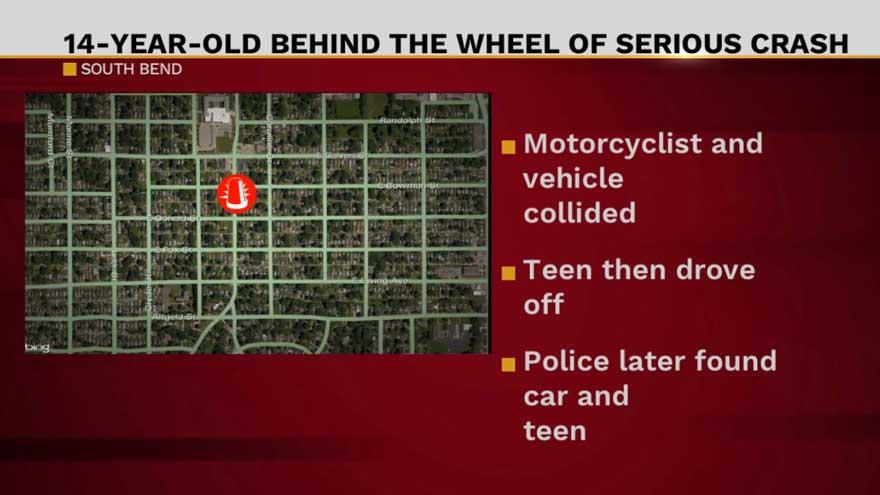 SOUTH BEND, Ind. -- A vehicle involved in a hit and run with a motorcycle Tuesday afternoon was driven by a 14-year-old male, according to the St. Joseph County Fatal Crash Team.

A motorcycle was traveling northbound on S. Vernon Street around 1:45 p.m. when it arrived at the intersection with Bowman Street - where there was a stop sign, reports said.

A Ford Taurus traveling westbound on Bowman was trying to make a right turn when the vehicles collided, investigators said.

The Taurus did not have a stop sign, reports said.

The Taurus left the scene following the crash, according to FACT.

Officers later located the car and the alleged driver, who was identified as a 14-year-old male, reports said.