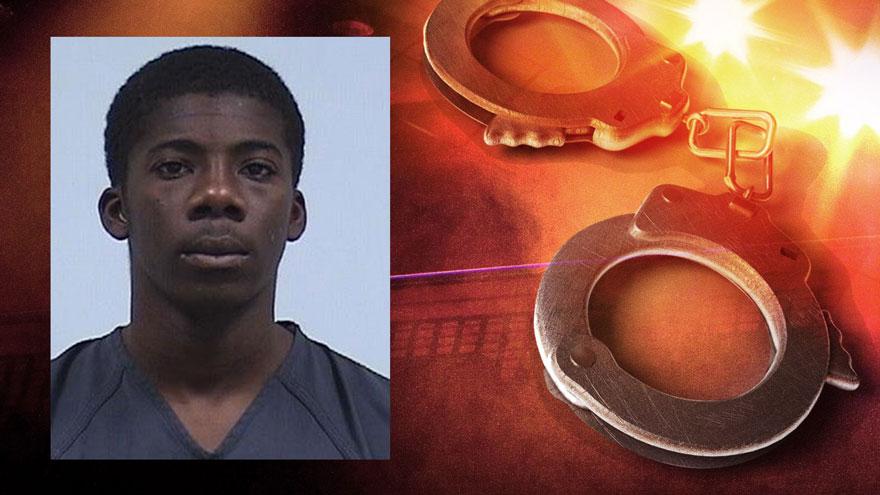 ELKHART COUNTY, Ind. -- A 15-year-old has been charged with attempted murder as an adult for a shooting that happened at a playground at an apartment complex in June.

Byron Harris Jr was waived to adult court following a hearing on August 1, according to court documents obtained by our reporting partners at The Elkhart Truth.

In order to be waived to adult court, the state had to prove there was probable cause the act was "heinous or aggravated" or "part of a pattern of illegal acts," that the child is beyond rehabilitation in the juvenile justice system, and it is in the best interest of community safety.

On June 11, 2018, Harris allegedly shot Trestepfone Pryor in the leg at the playground of the River Run Apartments.

During the investigation, Pryor told police before the shooting, Harris accused him of taking a game and threatened to harm him, reports said.

Pryor told police Harris shot at him four times and he was shot twice in the leg. His femur was shattered and required surgery to repair the damage.

Because the shooting happened while other people were on the playground at the time of the shooting, there was a "shoot on sight" against Harris in the community, according to the court documents.

In addition, the state showed Harris is beyond rehabilitation because he has been a part of the juvenile justice system for six years, but has failed to be rehabilitated. Instead, his acts have escalated, according to the magistrate's order.

Finally, it would be in the best interest of the community for Harris to stand trial as an adult because he is now accused of attempted murder and has not responded to services offered by the juvenile justice system and has allegedly run away from residential placement, according to the court documents.

Harris has been charged with one count of attempted murder. His bond was set at $200,000.