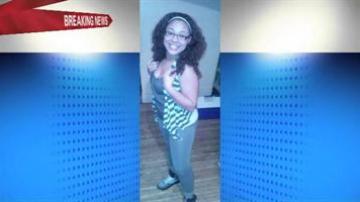 ELKHART COUNTY, Ind. -- The Elkhart County Sheriff's Department released the name of the 17-year-old whose body was found at a Granger residence Saturday night.

The victim has been identified as Tiana E. Alter of Elkhart.

Alter was found dead Saturday in the duplex at 29482 CR 1 in Granger, in Elkhart County after someone from the house called 9-1-1.

Neighbors say Alter was a live-in babysitter who helped the mother care for a special needs child.

At the scene, Michael Shoun was arrested on charges unrelated to the death investigation.

"You hear it on the news but not this close to home," said Miller

Miller said his heart dropped when they received a call asking if it was his daughter.

"My wife got a call and we said, 'No we're okay.' So we drove down the street to find out what was going on and at that time they had the road blocked off," said Miller.

Investigators told Miller the homicide was an isolated incident.

"It was a shock being out here in the country and it being here so close to home," said Miller.

Investigators say they are not ready to turn over the case to the prosecutor yet.