19 Year old accused of attempting to rape his DCS caseworker 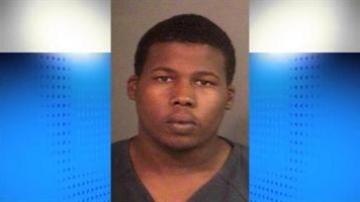 SOUTH BEND, Ind. -- On Tuesday, September 10,  around 12:45 in the afternoon, a 32 year old CPS caseworker went to visit her client, Isaac Miller, age 19, at a home, in the 2400 block of Flint Court in Indian Springs Apartments. The caseworker told police, Miller became aggressive, pulled a knife on her and attempted to rape her.

She managed to get away, fled from the house, and kocked on the neighbor's door for help. Someone finally opened the door for her and called police.

He was formally charged on Friday.

The Indiana Department of Child Services released the following statement about the incident:

On Tuesday, September 10, one of our workers was assaulted while working in the field.  The well-being and safety of every Department of Child Services worker is a top priority, and we are investigating this incident and the circumstances around it to ensure worker safety.  Due to the confidential nature of DCS cases, as well as respect for the privacy of the DCS worker, we cannot provide any additional details about this case.