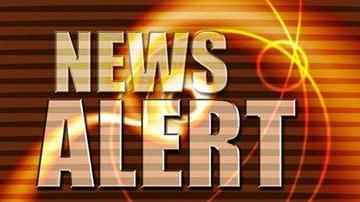 BENTON TOWNSHIP, Mich. -- Two people were killed and four others were injured after a home exploded in Benton Township.

Witnesses say the could hear the explosion several miles away.

Emergency crews were called to the home at 1096 North Euclid at 11:41 p.m. Saturday after a deputy witnessed the home explode.

ABC 57 News was the first media outlet in Michiana to break this story before midnight on our ABC 57 Facebook page. Details were tough to come by early in the investigation.

A source close to the investigation told ABC 57 News that at least two people were injured inside the home.

Dispatchers were not able to confirm or deny information while the investigation was ongoing.

Just before 6 a.m. Sunday we talked with an investigator with the Berrien County Sheriffs Office that was able to confirm over the phone that two people were killed and four others injured.

According to the investigator it was a family that lived in the home, it appears that five people inside the home were related and there was possibly a friend visiting.

Among the dead a young man in his 20's and another "adult female" The exact ages and the names of the victims have not been released pending family notification.

The four people that were injured have been identified, Norma Hoffman, 59, Eric Turner, 7, Lisa Turner, 26 and Melinda Ross, 36.

We have not been able to confirm the relationship of the victims, other than we do know that Lisa Turner was the mother to Eric.

Norma Hoffman was critically injured by burns and smoke inhalation, she was transferred to an area hospital and then airlifted to Bronson Methodist Hospital in Kalamazoo. There is no immediate confirmation on her current medical condition as of Sunday morning.

Emergency crews found the four surviving victims outside the home when they arrived. They told emergency workers that two people were trapped inside.

The survivors told investigators that they awoke to find the house filled with smoke and a downstairs bedroom on fire. As they were running out of the house there was an explosion and the flames quickly spread across the rest of the house.

According to officials there was oxygen in use by one of the residents in the home due to a medical condition.

A fire marshall was called in from Paw Paw and was still on the scene as of 6 a.m. Sunday. An official cause of the fire won't be released until the fire marshall completes his investigation.

The injured survivors are being assisted right now by the American Red Cross.

Stay with ABC 57 News for the latest details on this breaking news story.

ABC 57's Rachel Glaser will be leaving South Bend and head to Benton Township in a couple of hours. You can follow Rachel on Facebook and on Twitter.