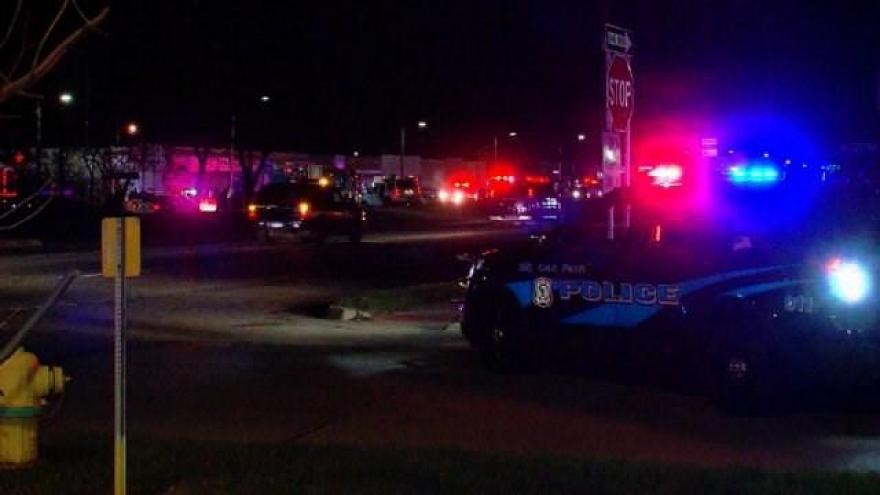 (CNN) -- Two Detroit police officers who went to a home to investigate a burglary call late Sunday were wounded in a shooting when they approached the location, the city police chief said.

A 19-year-old man inside the home fired a shotgun because he might have feared for the "safety of his family," Police Chief James Craig told reporters early Monday.

The man and his family had called 911 at least three times on Sunday before the shooting. The incident took place about 11:45 p.m. on Detroit's west side.

One officer remains in critical condition at a local hospital after a bullet struck him in the face, Craig said.

The other officer suffered a shrapnel wound to his left arm and will be released from the hospital Monday, he said.

The shooter, his mother and a 14-year-old sibling were taken into custody, police said.

The officers are relatively new in the job, Craig said, one with the department for 18 months and the other for two years.