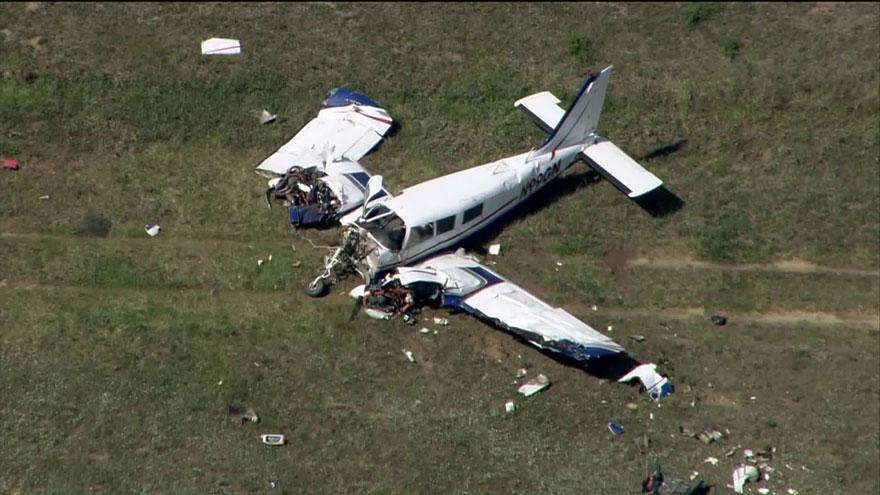 The Federal Aviation Administration (FAA) said two people were aboard the Piper PA-34 when it crashed around 1 p.m. on Tuesday. They said the the circumstances of the crash are unknown.

The nose, one wing and both engines were torn off the plane.

The two victims suffered minor injuries. Both were taken to a nearby hospital, one with a possible head injury.

One of the victims was a flight instructor and the other was a student. It is unknown whether or not the flight was a training flight.

The FAA is investigating.