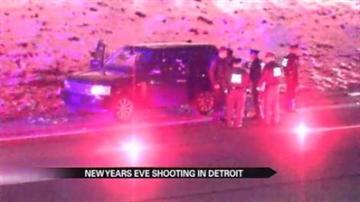 New video out of Detroit shows a night of New Year's Eve gambling that nearly turned deadly for two people.

The victims say they were followed from the MGM Grand Casino onto I-94 and that a black SUV caused the man and woman to crash.

The two people following them then began shooting at them.