2 tornadoes confirmed in Ohio on Saturday; 1 went through a city center

TROY, Ohio -- 2020 has gotten off to a rather unusual start weather-wise in Ohio. That's because Saturday saw two tornadoes touch down in Miami County, which is just north of Dayton. 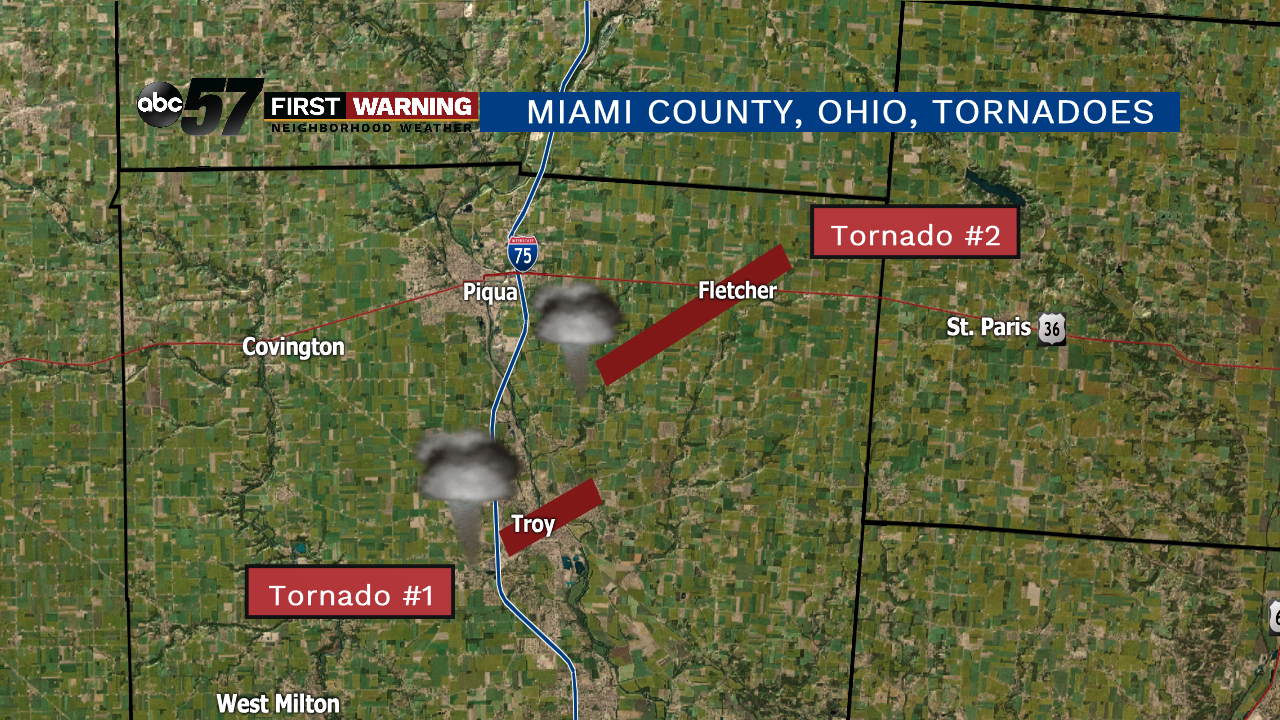 The paths of the two Miami County tornadoes. NWS
Neither one was "strong" as both were rated an EF0 with maximum winds of 70-80 mph, but that doesn't take away from the rarity of the event.

Dating back to 1940, only 8 other tornadoes had touched down in the Buckeye State. 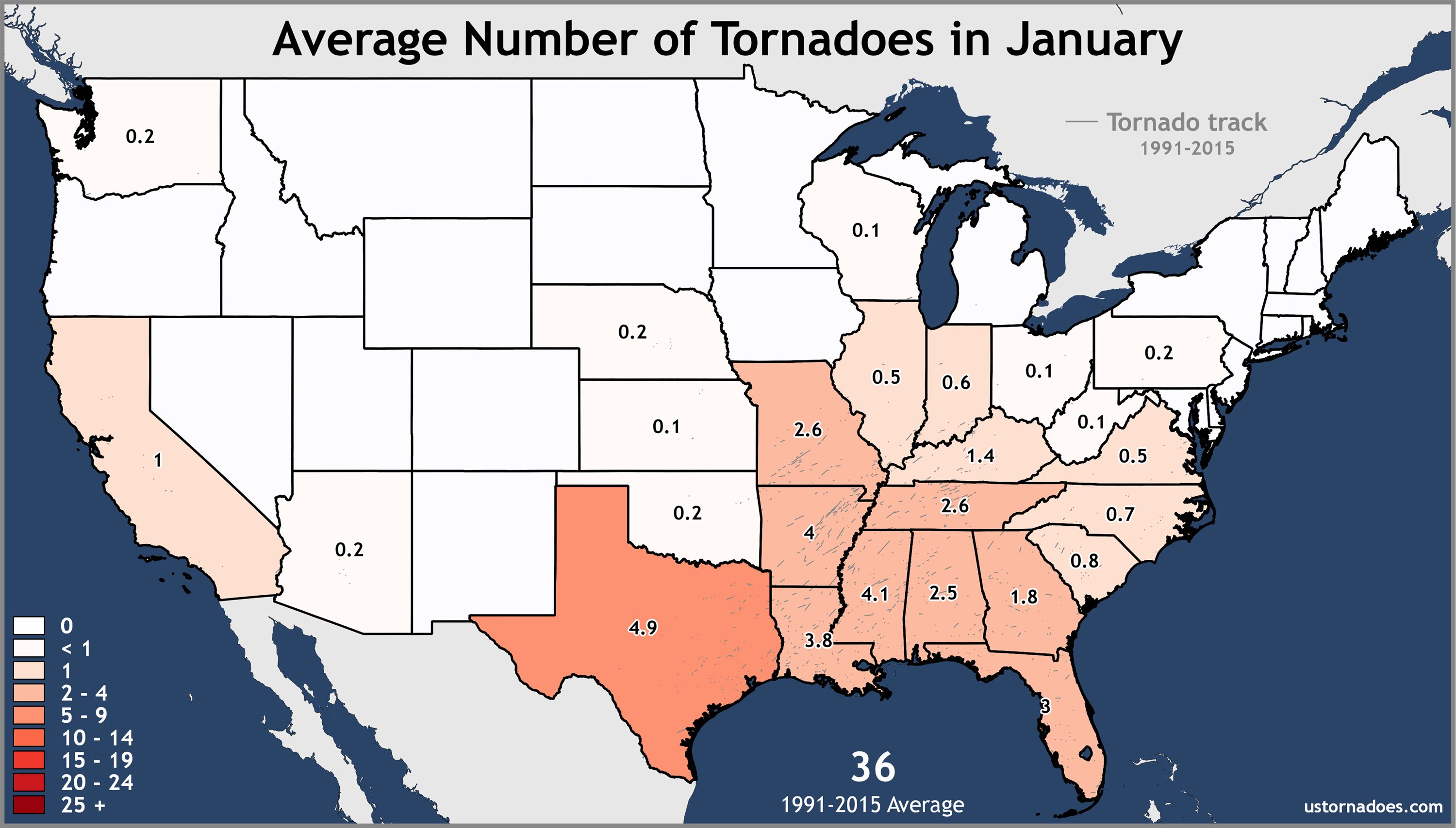 Average number of tornadoes in January. ustornadoes.com
To put these twisters further into perspective, Ohio only sees a tornado every in the month of January every 10 years!

That would certainly qualify as very rare. 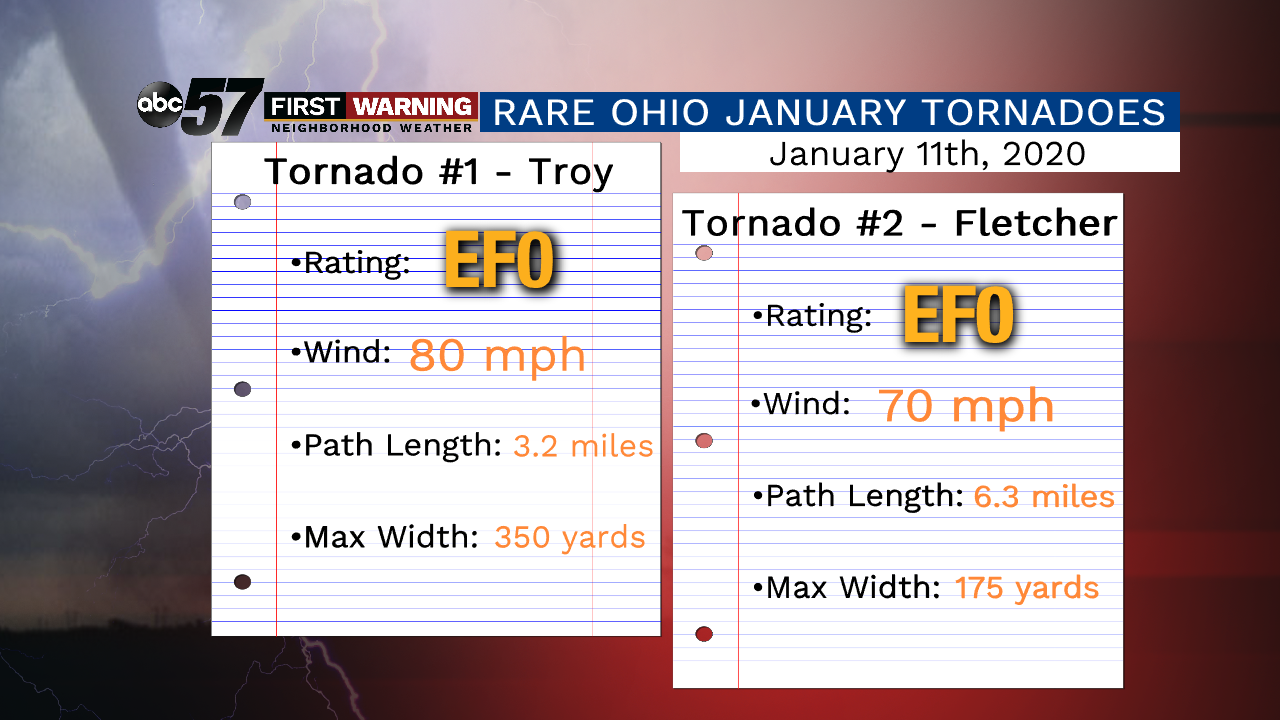 Statistics on each tornado. NWS
As seen in the video above, some of the structural damage seen with the tornado that went through downtown Troy was rather impressive. Several businesses in the city lost all or portions of their roofs with debris littered throughout the city.

While Troy isn't the biggest city out there, and Fletcher is a small town, this event provides a great example of how tornadoes can and do impact populated areas and downtown city centers. 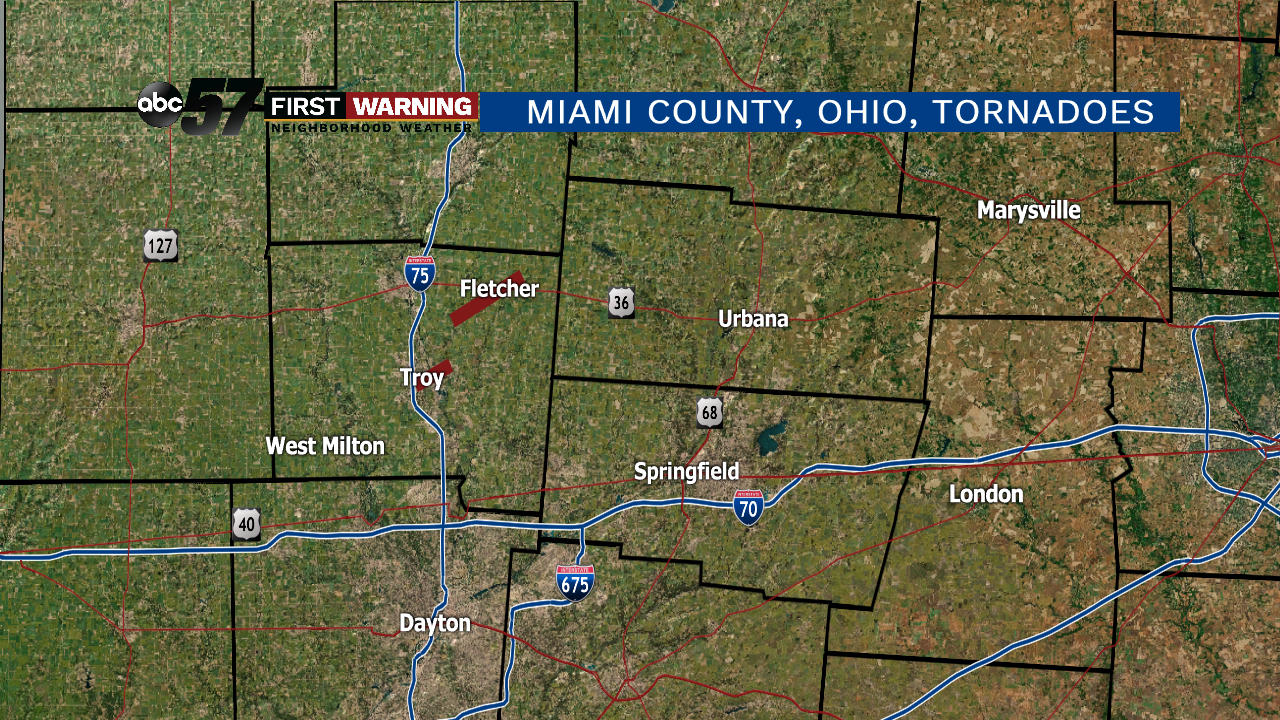 A look at the tornado paths in Miami County with a less zoomed in look.
This also serves as a reminder that severe weather doesn't care what the forecast calls for. When these two tornadoes touched down, the severe threat for Ohio was dropped to zero percent, according to the Storm Prediction Center.

More often than not severe weather is anticipated at least to some extent. This particular situation was certainly more unexpected than expected.

There were no injuries or fatalities reported with either tornado.