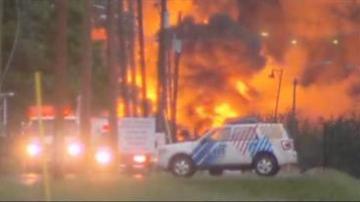 QUEBEC, Canada — Police in Canada have increased number of dead in the fatal oil train car derailment to 20. Thirty people are still believed to be missing.

Officials believe that those still missing are also believed to be dead.

On July 6, more than 70 tanker cars filled with crude oil fell off the track near Quebec, Canada, setting off a major fire. Officials say it took about three days to contain the fire.

Officers say there could be a criminal element linked to the crash. However, they stress this was a terrorist act.