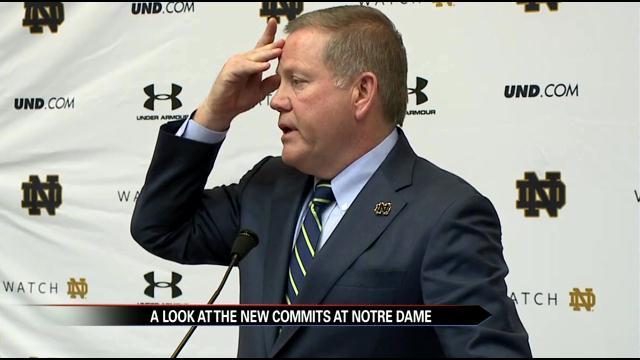 It was national signing day on Wednesday and Notre Dame pulled in a top 10 recruiting class.

Wimbush is from Jersey City, New Jersey and will add to the quarterback competition.

Head Coach Brian Kelly said he loves Wimbush's ability to keep his eyes down the field.

Kelly said, "We were going to be okay if we didn't take a quarterback until I saw Brandon on film in his first couple of games, and that changed my mind! It just totally changed my mind after I watched him he just did so many of the things that I think a complete quarterback needs to do."

Runningback Dexter Williams was also highly recruited and a great get for the Irish.

Kelly said, "We felt like Dexter gave us that breakaway back that we wanted! his second level speed, quickness in the hole and acceleration were the things that separated him from the other backs that we recruited."