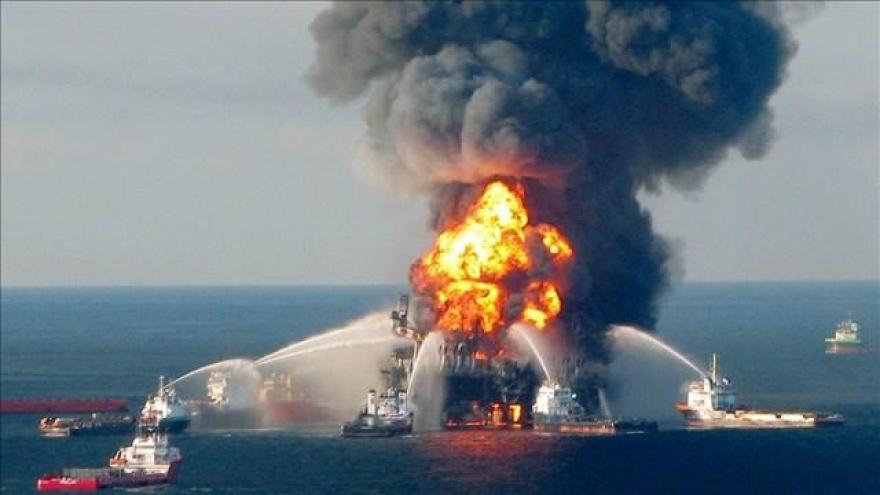 The United States and five Gulf states have reached a $20.8 billion settlement in a civil lawsuit over the Deepwater Horizon oil spill in April 2010.

On April 20, 2010, the Macondo well suffered a catastrophic blowout. Eleven crew members on the Deepwater Horizon were killed, the oil platform was destroyed and more than 3 million barrels of oil spilled into the Gulf of Mexico.

During the three months oil was spilled into the Gulf, oil slicks extended across more than 43,000 square miles. The oil affected water quality and exposed aquatic plants and wildlife to harmful chemicals.

Oil was deposited onto at least 400 square miles of the sea floor and washed up onto more than 1,300 miles of shoreline from Texas to Florida.

The spill damaged and temporarily closed fisheries vital to the Gulf economy, oiled hundreds of miles of beaches, coastal wetlands and marshes and killed thousands of birds and other marine wildlife, among other economic and natural resource injuries.

Total, the settlement is worth $20.8 billion.

The Deepwater Horizon Trustees Council, made up with representatives from the five Gulf states and four federal agencies, released a draft damage assessment and restoration plan and a draft environmental impact statement.

The plan details how the trustees will use the natural resource damage recovery funds to restore the Gulf environment.

The civil lawsuit was filed on December 15, 2010 by Attorney General Eric Holder against BP and several co-defendants. The lawsuit resulted in a three-phase civil trial in which the US proved, among other things, the spill was caused by BP's gross negligence.

Each of the Gulf States – Alabama, Florida, Louisiana, Mississippi and Texas – also filed civil claims against BP relating to the spill, including claims for economic losses and natural resource damages.

Under the terms of a consent decree lodged in federal court in New Orleans, BP must pay the following:

Additionally, BP has entered into separate agreements to pay $4.9 billion to the five Gulf states and up to a total of $1 billion to several hundred local governmental bodies to settle claims for economic damages they have suffered as a result of the spill.