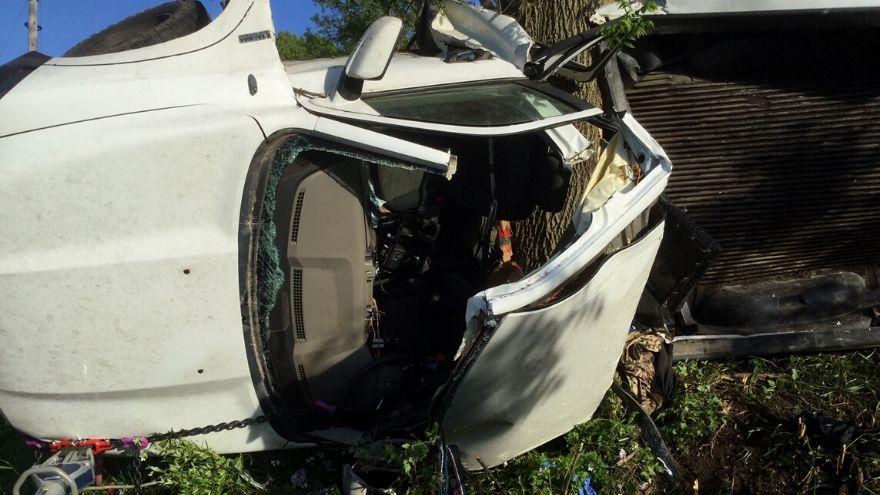 Photo of crash courtesy of the Cass County Sheriff\'s Office

CASS COUNTY, Mich.—A 21-year-old man was killed in a single vehicle crash on May 30, according to the Cass County Sheriff.

According to police, a vehicle lost control while driving eastbound on Church Street, east of Lawrence Road in Volinia Township around 6 a.m.

The car flipped and hit a tree, police said.

One of the vehicle’s passengers, Michael Mortimore, 21, of Dowagiac, was pronounced deceased at the scene, according to the sheriff's office.

The 21-year-old driver and a second passenger, a 22-year-old Dowagiac man, were taken to the hospital, police said.

All three occupants were extricated from the vehicle, reports said.

Police said that they believe alcohol and drugs may have played a factor in the crash but the cause remains under investigation.