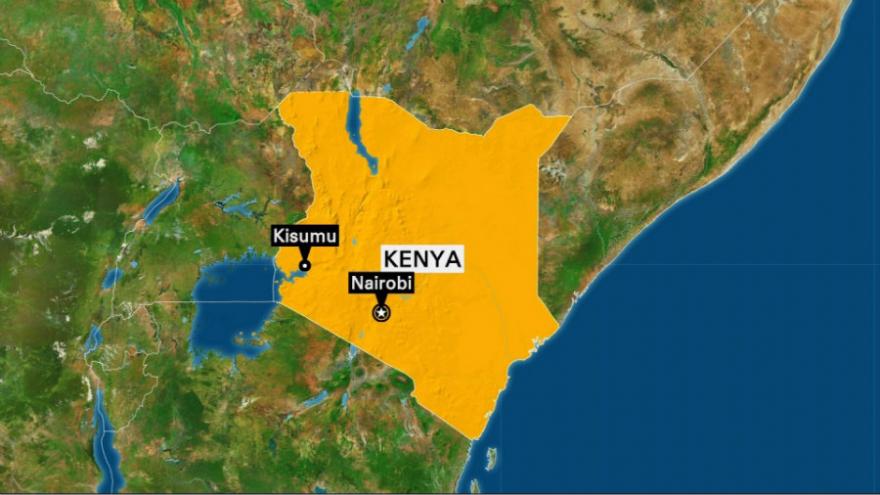 The victims included a 9-year-old girl, according to the Kenya National Commission on Human Rights.

Relatives said the victims were shot dead in various parts of the nation, including 17 in the capital of Nairobi, the group said.

Protests and violence broke out after he was declared the winner.

Most of the demonstrators were supporters of Odinga, who has rejected the results of the presidential election, calling the vote rigged. National election officials have decried the accusations, saying the vote was free and credible.

Protests erupted in and around Kisumu, a stronghold of Odinga. One person was killed overnight in Kisumu, police said.

Violence also broke out in Nairobi's slum of Mathare, where tear gas and gunshots rang out all night, witnesses said.

Stabhay Mokaya, 9, was killed by a stray bullet during protests in Mathare early Saturday, her father said.

"There were three kids playing in the balcony on the fourth floor, and then all of a sudden there was a gunshot which hit the young girl," Wycliff Mokaya said.

Mokaya said police were surprised to find out a bullet had hit the balcony. He said the girl's mother was "in the worst pain."

The Kenyan Red Cross said it had treated at least 93 people injured in the violence.

Most of Kenya is calm

Violence in Kenya could have ripple effects far beyond the nation of 47 million people.

As the largest economy in East Africa, Kenya is a crucial trade route to the continent and provides an important buffer of stability in a region that includes the fledgling Somali government and the politically tense Sudan and South Sudan.

Beyond the deadly incidents in Kisumu and Nairobi, most of the nation remained relatively calm Saturday.

"Everyone has a right to peaceful protest and they must not be hurt, injured or killed for exercising that right," Muthoni Wanyeki, the organization's regional director, said in a statement.

The acting interior minister called reports of protester deaths "lies," saying most of the demonstrators are criminals taking advantage of the chaos.

The incumbent President appealed for peace after the result was declared Friday.

"Fellow Kenyans, elections come and go but Kenya is here to stay," he tweeted. "Let us always remember that we are all brothers and sisters."

International observers have urged candidates to respect the outcome and resolve any poll disputes through legal avenues.

More than 400 international election monitors deployed across the country to monitor voting, the tallying process and the post-election period.

Former US Secretary of State John Kerry, who served as an election observer for the Carter Center, said while there were "little aberrations here and there," the election was not rigged.

"If anything was electronically fiddled with, there is a way to go back and absolutely ascertain what happened in the polling station," he said. "So, by paper ballots, there is a protection of each and every Kenyan's vote."

Allegations of vote-rigging have sparked concerns, with some Kenyans fearing ethnic clashes similar to those triggered a decade ago.

Though Kenya's last election in 2013 was mainly peaceful, the country plunged into widespread violence in the aftermath of the 2007 vote.

More than 1,000 people were killed in months of bloodshed following the 2007 election after Odinga -- defeated by then-President Mwai Kibaki -- claimed the vote was rigged.