27 migrant children in US government custody test positive for coronavirus 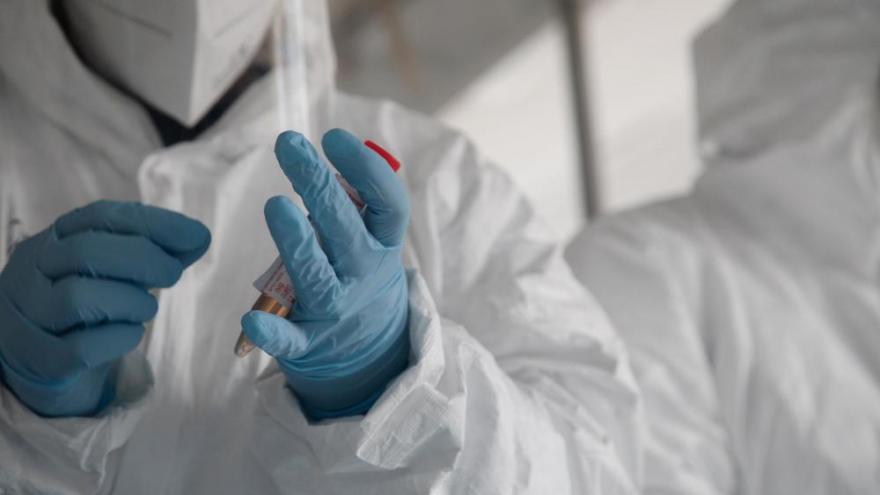 A medical worker seals a test from a patient in Farmington Hills, Michigan. Twenty-seven migrant children in government custody had tested positive for coronavirus, according to the latest update from the Office of Refugee Resettlement, the federal agency charged with their care.

(CNN) -- Twenty-seven migrant children in government custody had tested positive for coronavirus as of Monday, according to the latest update from the Office of Refugee Resettlement, the federal agency charged with their care.

Six of the 27 have recovered; others are in medical isolation in two Texas facilities and one Illinois facility, the agency said in a statement Tuesday. None of the children have required hospitalization.

The number of cases among unaccompanied migrant children in care has gradually increased over recent weeks. Citing an abundance of caution, the refugee agency stopped placing children in California, New York and Washington -- among the hardest-hit states -- with limited exceptions earlier this year. In all 87 children have been tested.

There are approximately 2,500 children in the care of the Office of Refugee Resettlement, which is part of the Department of Health and Human Services.

HHS funds a network of more than 100 facilities where migrant children who arrived in the United States without parents or guardians are provided care until they're released to sponsors. The children are turned over to HHS after being taken into custody by the Department of Homeland Security.

Heartland Alliance, a nonprofit organization based in Chicago that oversees some shelters for unaccompanied migrant children, confirmed 37 "positive diagnoses to date" among the children in care, Mailee Garcia, a spokeswoman for the organization, said Tuesday. ProPublica first reported on a coronavirus outbreak at a Heartland Alliance facility.

Asked about the discrepancy in cases, an HHS spokesperson said the department is "verifying, compiling and reporting data as we get it."

The agency said it is working to locate and notify anyone who may have been exposed at care provider facilities and is coordinating with state and local public health departments.