3 children at home during heroin bust 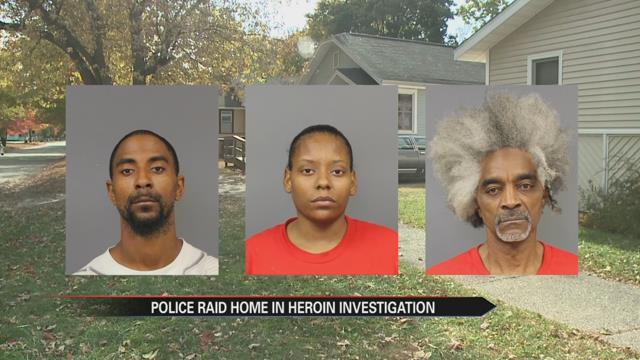 Two toddlers and a baby were inside a Benton Harbor home when it was raided. According to police it happened at a home in the 1200 block of Ogden Avenue and neighbors heard loud flash bangs around 7 a.m. on Thursday.

According to police they had been been running undercover surveillance on the home for a month.

28-year-old Latisha Woodley, 33-year-old John Woodley and 62-year-old Jamie Alexander were booked in the Berrien County Jail for having and distributing heroin as well as being felons with a firearm.

Child Protective Services placed the 3-month-old,  2-year-old, and  4-year-old in a relative's home.

Boyce said, “During a search of the residence, officers located and seized approximately $500 worth of heroin, some packaging material, other evidence indicative of narcotics sales, and a loaded 25 caliber handgun.”

Neighbors looked at the home as people kept knocking on the door to no answer on Thursday afternoon.

Tianna Ward and Jerricka Johnson said, “I was in the shower getting ready for work and it scared me so I jumped out the shower! I heard three bangs and when I came outside I seen police there.”