3 Marines dead after shooting at Quantico Marine Base 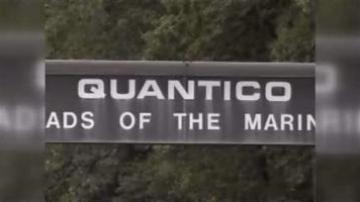 QUANTICO, Va. — Authorities said that a Marine allegedly shot two Marines before shooting himself at the Marine Corps Base in Quantico, Virginia.

Authorities said the shooting started around 11 p.m. Thursday when the suspected gunman killed a male Marine.

They also said that after the shooting, the suspect then barricaded himself inside of a building near the Officer Candidate School. That set off a standoff with authorities.

According to authorities, they found another victim inside of the building.

Officials said that the suspected gunman died of a self-inflicted gunshot wound inside a barracks near the school.

During the shooting, the base was put on lockdown.