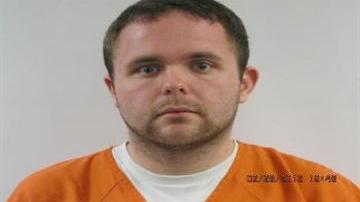 PUTNAM COUNTY, Ind. – Three men who worked as staff members at North Putnam High School and in leaderships roles have been arrested.

According to Indiana State Police, the trio individually and separately engaged in various sex acts of a sexual nature with a 16-year-old student. Troopers say they also sent photos and text messages to the victim.

It allegedly happened several times between October of 2011 and January of 2012 on and off of the school campus.

Nicholas Vester, 24, of Lafayette, Craig Rogers, 24, of Indianapolis, and Brandon Largent, 20, of Crawfordsville are scheduled to appear in court at 11 Wednesday morning.

The men were preliminary charged with one count each of child seduction, a Class D felony, and are currently being held without bond.