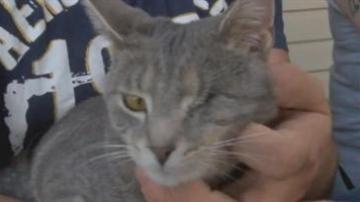 Over the last few months, around thirty cats have been found injured or dead in Martinsville.

The investigation began when a boy found a dying cat in an apartment complex two months ago.

A veterinarian determined the cat's jaw was broken and its skull was smashed.

Since then, neighbors estimate they have found 30 wounded or dead cats in the same area.

They are still looking for the alleged cat killer.

Out of the dozens of cats injured, only one is known to have survived.