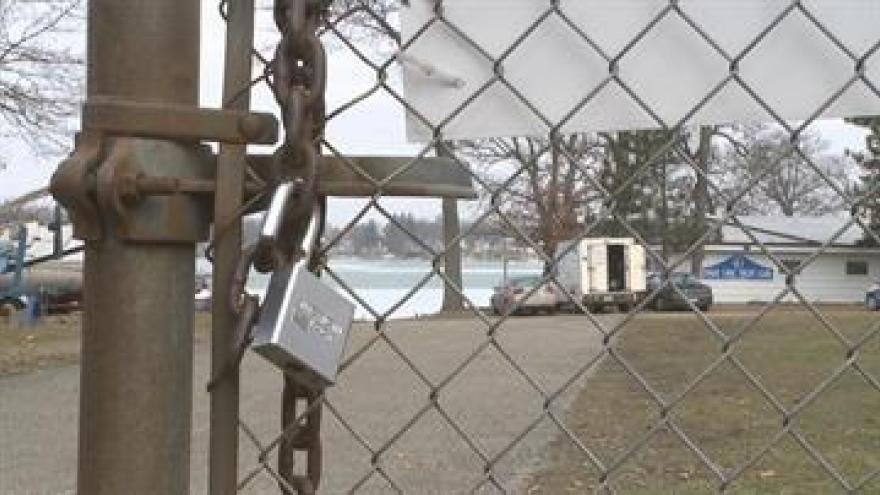 EDWARDSBURG, Mich. – A group of teens threw a big party at Eagle Lake Yacht Club Friday night. When the cops arrived, the place looked more like a frat house than a club house, “Oh there is some Bud Light containers that must be the beer of choice, a little wine, Key Stone, and a ton of cigarette butts.”  Commodore Mark Makielski said the got a call from police early Saturday morning, an officer told him a party of about eighty people had just been broken up at the yacht club on South Shore Drive.

Thirty kids busted, from 15 to 19-years-old police charged them with possession of alcohol. “Five bottles of hard liquor and there was ten to fifteen cases of beer,” Makielski said when he got there he found a lot of booze and a huge mess.

“We like to have a good time in the summer and everything, but this is just abuse,” Makielski said underage drinking is not something the yacht club tolerates but these kids snuck in.

“Everybody has a key and unfortunately that’s how unfortunately, the kid got in.” The club had seventy keys made, each unlocks the backdoor and every club member has one, “Somebody took their parent’s key.” Makielski said a 17-year-old boy swiped a key without permission, then the Penn High School student posted an invite to the party on Facebook.

Despite the drinking games and the big crowd, the teenagers kept it quiet. There were no noise complaints, but someone in the neighborhood called police because there were so many cars parked in the street.

“It took them a while to figure out where the party was because they had blacked out all the windows,” Makielski said with blankets hung in all the windows, the cops couldn't see inside and the yacht club looked empty. Officers drove around for nearly an hour looking for a party, but when some guests showed up late police followed them right up to the Eagle Lake Yacht Club.

“When they showed up the kids took off,” Makielski said, “I mean this was, this was a getaway.” The teenagers scattered, dozens hopped the chain link fence until one of the partiers jumped into a truck and took it down.

“The biggest problem is the drinking and the driving. The ones that ran, who knows how much alcohol they had.” Makielski said, most of not all of the kids there go to Penn High School and live in the around South Bend and Granger.

The thirty kids who got caught and charged possession of alcohol had to clean up the party room before they got picked up by their parents, “they had a lot of explaining to do,” Makielski said.

The boy who threw the party was also charged with unlawful entry and the driver who took down the fence was charged with destruction of property. It is still unclear who provided the alcohol and how the teenagers got so much, there were no adults at the yacht club at the time of the party.

Not all of the kids there were drinking, some did pass breathalyzer tests but Makielski said those were just the kids who stuck around. The intoxicated teens were the ones who fled; more than half of the kids at the party escaped the police Friday night but had consequences to face on Saturday. Makielski said about ten cars got left behind, the police had them all towed. Several parents drove out to the yacht club to pick up cars and were not too please to learn they had to pay one hundred and fifty dollars to get it out of the impound lot.