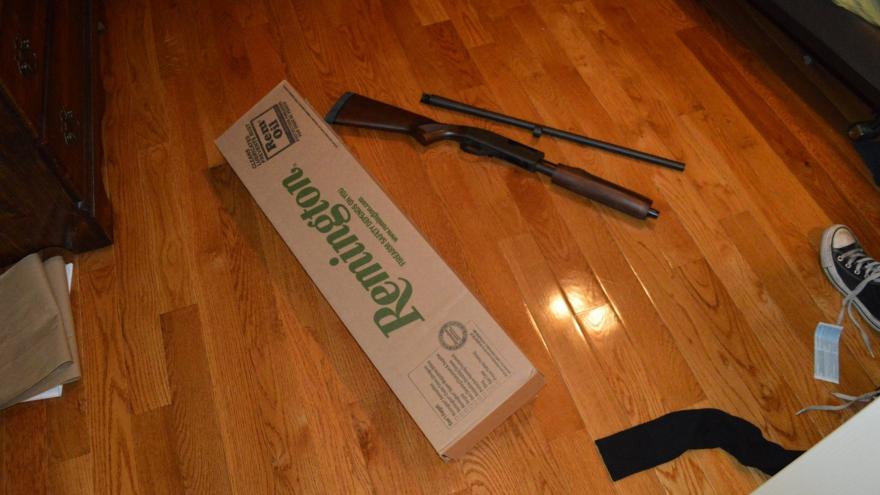 (CNN) -- The past few months have seen two of the deadliest mass shootings in modern US history -- and that has revived debates over what, if anything, can be done to prevent mass killings.

Some want stricter gun laws; others say more good guys with guns will prevent deaths. Others argue that stopping mass shootings before they happen is almost impossible.

What we haven't heard as much about are the times that police say they've stopped mass shootings before they happened.

Earlier this month, sheriff's deputies arrested David Kenneth Smith, 39, of Los Angeles, after learning he emailed a video link to an instructor at Soka University in Aliso Viejo, California, where Smith was once a student. The video shows Smith "sitting with a semi-automatic pistol on his chest talking about the university," the Orange County Sheriff's Department said.

The video is one of several recently recorded and posted on Smith's YouTube channel that show Smith talking "about his desire to engage in a 'killing,' " according to the Orange County Sheriff's Department. In another video, he says he'd "rather go on a killing spree" after debating whether he should do that or commit suicide.

Deputies were notified of the email and within 48 hours arrested Smith. They seized nine fully loaded firearms -- all registered under his name. Calls to Smith's attorney, Huy Nguyen, were not immediately returned to CNN.

On Monday, Smith pleaded not guilty to one felony count of making criminal threats, according to the Orange County District Attorney's Office. His bail was set at $1 million. A pretrial hearing is scheduled for November 15.

In the summer of 2013, prosecutors say 17-year-old John David LaDue of Waseca, Minnesota, was meticulously planning a massacre that he hoped would leave at least 40 dead. Police say he told them he hoped to time the attack with the anniversary of the Columbine High School massacre, which occurred on April 20, 1999.

He planned to hide pressure cooker bombs in recycling bins in the hallways of Waseca Junior and Senior High School and detonate them remotely. He'd then use two firearms -- a bolt-action Soviet-style SKS rifle and sawed-off shotgun -- to kill more. The teenager even had a black duster jacket so he could dress like Eric Harris, one of the Columbine shooters whom he idolized. Police say he planned to start his spree by killing his mother, father and sister.

LaDue's plans were thwarted on April 29, 2014, when a 911 caller reported seeing someone she suspected of breaking into a storage locker. Police would learn that Ladue kept bomb materials there. According to transcripts of his interview with police, LaDue told them, "I think I'm really mentally ill and no one has noticed. I've been trying to hide it."

In 2015, LaDue pleaded guilty to a single felony count of possessing an explosive device. By accepting the plea, he avoided prison time and will receive up to 10 years of court-ordered treatment for autism spectrum disorder.

Roughly eight months later, a judge said LaDue could return to his parents' house where, according to the Minnesota Star Tribune, he has worked to rebuild his life. "I have no desire to hurt people," he told the newspaper.

Nichole Cevario, 18, allegedly detailed plans for a Columbine-style mass shooting at her Maryland high school on April 5, 2017, according to the Frederick County Sheriff's Office. If her father hadn't tipped off school officers, authorities say, her plans might have come to fruition.

Cevario's journal outlined information she had gathered about her school's emergency procedures. She even talked to a school resource officer about how they respond to shooting incidents, according to the sheriff's office.

Police say they found a shotgun with ammunition and material for making pipe bombs when searching her home.

"There's no doubt in my mind that we averted disaster there," Sheriff Charles Jenkins told reporters at the time.

Cevario was removed from Catoctin High School without incident and taken to a hospital for evaluation. She was later arrested on charges of possession of explosive and incendiary material with an intent to create a destructive device.

A jury trial is set for February 2018. A plea has not been entered, according to the clerks office at the Circuit Court for Frederick County.

Cevario's attorney, Alan Winik, would not comment on the case.

He planned to kill at least 30 people in the name of Islam, according to the FBI.

In January 2016, Samy Hamzeh was charged with illegally possessing two automatic weapons and was planning a massacre at a Masonic temple in Milwaukee. The investigation prevented an attack "that could have resulted in significant injury or loss of life," the FBI said.

A criminal complaint alleged that Hamzeh toured the Masonic center with two FBI informants and then laid out details of an attack in a subsequent meeting. Conversations from that meeting were captured in a recording and translated from Arabic to English.

"If I got out, after killing 30 people, I will be happy 100% ... 100% happy because these 30 will terrify the world," Hamzeh told one of the informants, according to the complaint.

However, Hamzeh's attorneys argued he was manipulated, "in hopes of pressuring him into a FBI-orchestrated terrorism plot that he would be prosecuted for," and that their client should be released on bail. They said Hamzeh "refused to participate and insisted they abandon any plan for violence" despite persistence by the informants. The bond request was denied.

An attorney for Hamzeh, Craig Albee, would not comment on the case.

Hamzeh pleaded not guilty to the charges. His trial date has been set for February 2018.