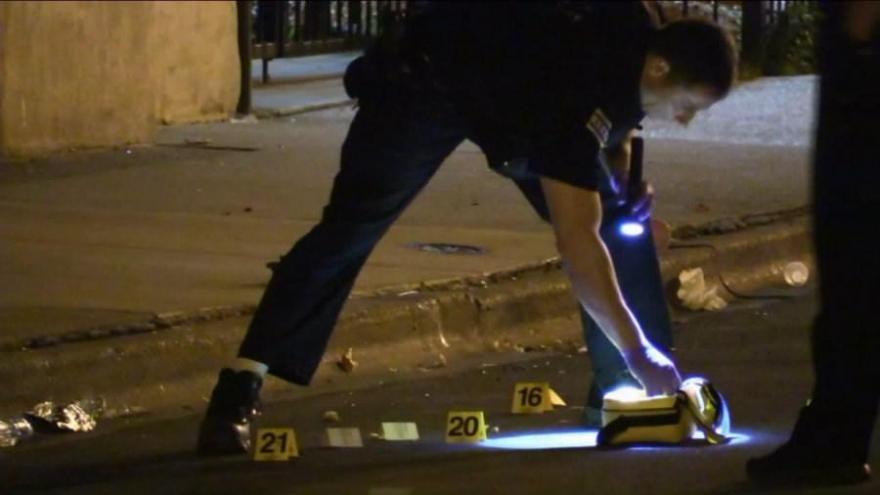 Six people were killed and 43 were wounded between 6 p.m. Friday until 3 a.m. Tuesday. Last Memorial Day weekend, there were 71 people shot, 7 fatally.

On Monday night, three men were shot while standing in the street at 69th and Harvard. A man came up to them an opened fire.

One of the men was shot in the head and died. The other two men are in stable condition. No one is in custody.

Three other people were shot in the 1500 block of East 74th Street.

The victims were standing on the sidewalk just before midnight when they heard shot.

One man was also shot in the head, and is in critical condition. A second man and woman are in stable condition. No one is in custody in this shooting as well.

CPD will announce on Tuesday its latest station house to go high tech, which will hopefully help them to combat the ongoing violence.

The Deering District will be staffed with district officers and crime analysts to assess crime data and manage gunshot detection and camera technology.

Similar tech-based nerve centers were launched in the Englewood and Harrison districts earlier this year.

Police believe this technology will give police the tools to reduce violence by assessing where violence is most likely to occur and getting officers to scenes more quickly.