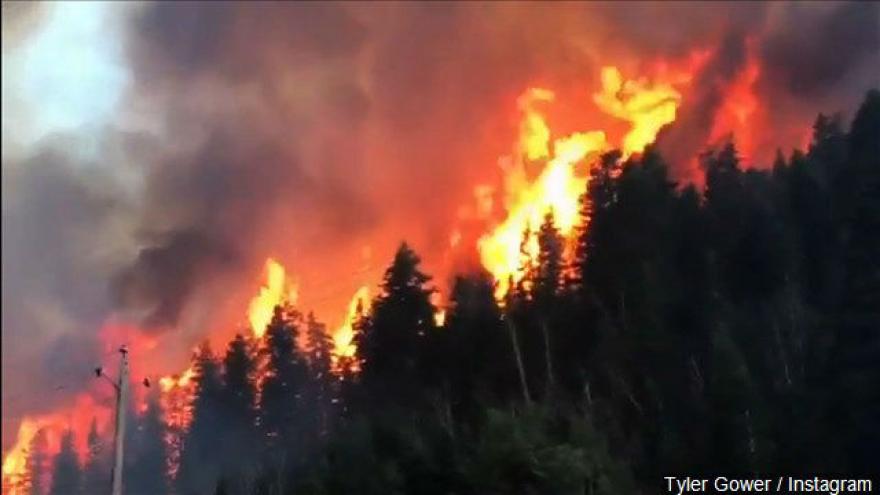 (CNN) -- Wildfires fueled by gusty winds and high temperatures raged in five states Friday, as armies of firefighters struggled to contain the flames.

California, Arizona, Washington, Utah and New Mexico all had at least one wildfire burning following a heat wave that swept the Southwest. 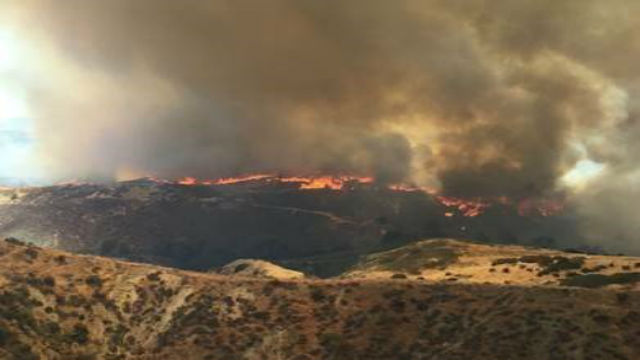 The Placerita Fire has grown to 750 acres with a containment of 50 percent in the Santa Clarita area. LA County Fire PIO 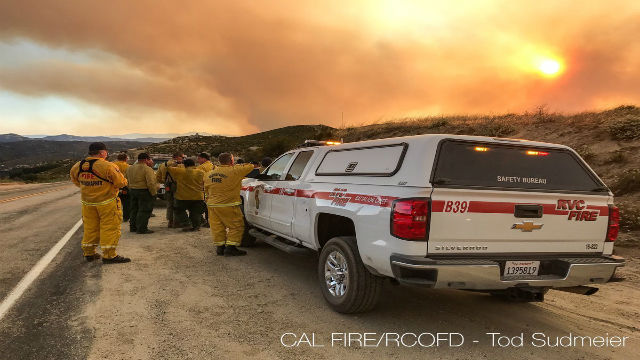 In California, the Manzanita Fire reached 1,200 acres and was 0% contained Monday night according to the Riverside County Sheriff's Department. Tod Sudmeier / CAL FIRE

Residents should be wary of lighting fireworks this Fourth of July weekend, emergency officials said, warning that pyrotechnics could ignite more fires if not used properly.

"We keep urging caution, especially as we come close to the Fourth of July holiday, that people take exceptional care with their fireworks," said Joe Dougherty, a spokesman for the Utah Division of Emergency Management.

"They need to heed any warnings related to fireworks regarding the area that they're allowed to be lit because we frankly don't need any more fires, especially human-caused fires," he said.

About 200 homes near San Bernardino, California, were briefly evacuated Tuesday evening, as the Mart Fire grew to 670 acres. It was 60% contained late Thursday, with the cause of the fire still under investigation. There have been no reports of any structures damaged.

The Manzanita Fire near Riverside was 90% contained as of late Thursday, and had burned 6,309 acres. Evacuations were ordered for a handful of nearby communities.

A smaller wildfire near Camp Pendleton, a Marine Corps training base in southern California, had scorched 760 acres and was 70% contained by Thursday evening, the base reported. The so-called Christianitos ignited Wednesday night. No evacuations have been ordered. Its cause is still under investigation.

At 7 a.m. PT Friday, evacuation orders were due to be lifted in the Utah communities of Brian Head and Dry Lakes as firefighters work to contain the 58,319-acre Brian Head fire, officials said. It was 20% contained late Thursday.

At least 1,500 residents were ordered to evacuate, and 13 homes and eight buildings have been destroyed by the fire, Brian Head fire spokeswoman Elayn Briggs said.

The Brian Head Fire is expected to be contained by July 15, the National Wildfire Coordinating Group reported.

Meantime, the Stream Fire, an 8,146-acre wildfire near Snowville, was only 30% contained by Friday.

Two wildfires have fed off the hot, dry weather in Arizona.

The Goodwin Fire burning in the Prescott National Forest had reached 24,828 acres with 43% containment as of Friday morning.

Arizona Gov. Doug Ducey declared a state of emergency in Yavapai County on Wednesday in response to the fire. The move directed $200,000 of emergency funds to help contain the fire.

The Goodwin Fire -- which has led to the evacuation of several towns, including Mayer, Dewey and Walker -- is expected to grow because of high winds, spokeswoman Debbie Maneely of the US Forest Service said.

Four years ago almost to the day, 19 firefighters from Prescott Fire Department's Granite Mountain Hotshots died battling a wildfire a few miles away.

Meantime, the Frye Fire in the Coronado National Forest was ignited June 7 by a lightning strike, and reached 39,993 acres by late Thursday. It was 45% contained so far, and officials aimed to fully contain it by July 30.

The Corral Fire in New Mexico has reached 19,900 acres, but officials say it is burning at "low intensity." Nineteen personnel are fighting the fire, which is expected to be fully contained by the Fourth of July.