5 victims of Poland escape room fire laid to rest together 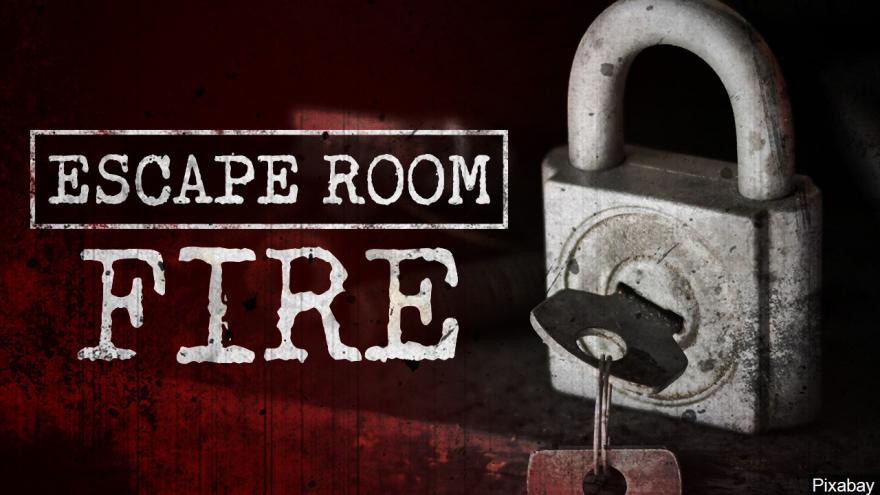 WARSAW, Poland (AP) — Officials on Thursday joined relatives and friends for the funeral of five teenage girls killed last week in a fire that broke out at a recreational escape room in northern Poland.

The 15-year-old girls were celebrating a birthday at the escape room entertainment site in the city of Koszalin when a fire broke out next to the locked room and they died from inhaling carbon monoxide. A man who worked at the site remains hospitalized with burns.

Two white coffins and three heart-shaped urns, with the girls' photos by them, were placed before the altar during a Catholic funeral Mass in the packed St. Casimir's Church. Outside, several hundred people watched the ceremony on a huge screen.

The Rev. Wojciech Pawlak, who teaches religion in the class the girls attended, celebrated their friendship.

"In their friendship they were and will remain together. They were together when they lives were ending, they are together here and they will rest together in the cemetery. Forever," Pawlak said.

The girls will be buried together at a Koszalin cemetery. The city is organizing the funeral.

The man who ran the escape room has been arrested and charged with intentionally creating a fire danger and unintentionally causing the deaths. If convicted, he can face up to eight years in prison.

Officials have conducted safety inspections of some 1,100 escape rooms across Poland and closed 26 sites.

Players in escape room games are locked inside a room or building and must solve puzzles and find clues that lead them to the key that will unlock the door. The games are highly popular among teenagers in Poland.