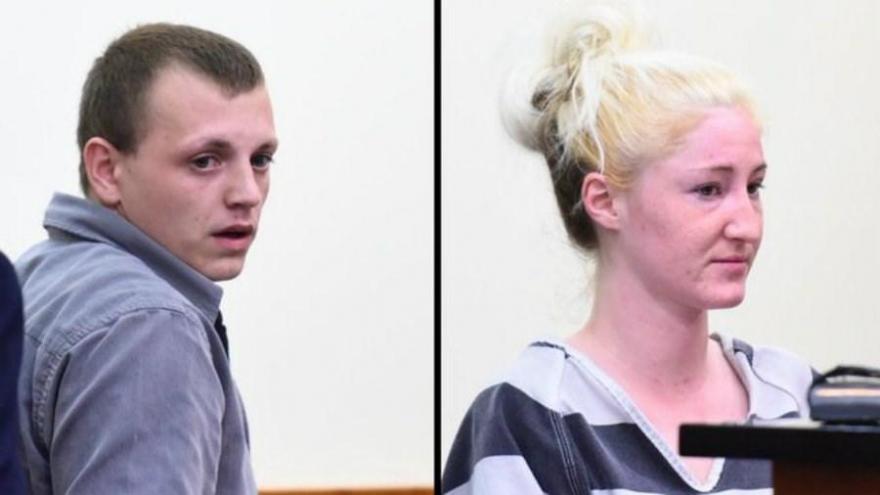 (CNN) -- A 5-year-old boy ran for two blocks in the dark to get help after finding his parents unconscious early Thursday morning in Middletown, Ohio, police said.

Currey said he ran back to the house and what he found scared him to death: His stepdaughter and her partner had overdosed on heroin.

CNN is not naming the boy or his parents to protect their privacy.

Middletown police went to the house, where they found the boy's 3-month-old sister sitting in a car seat, crying. They later found two adults who were unconscious.

"This 5-year-old child, a hero, saved 3 lives today. How can something so awesome be so sad all at the same time?" the police department posted on Facebook. "They are supposed to be her guardians and never let anything bad happen to her."

The father was revived after one dose of Narcan, a medication used to reverse heroin and other opiod overdoses, the police report said. The mother was given seven doses of Narcan and then transported to a hospital because she had not regained consciousness, police said. She was later revived and was taken to jail, the report said.

Ohio is one of many states battling a heroin epidemic. Last year, a photo released by police in East Liverpool, Ohio, showed two adults passed out from a heroin overdose in the front seats of a car with a 4-year-old child strapped in his car seat in the back. Earlier this year, a coroner's office in Ohio reported it was running out of room to store bodies due to the number of deaths caused by drug overdoses.

In Middletown, police brought the 5-year-old boy and his baby sister to the station after the incident and gave the boy a badge for his bravery. WCPO says the children are now in the care of their grandmother.

The boy's parents were arrested and charged with two counts of child endangerment and disorderly conduct, police said, but more charges could be filed.