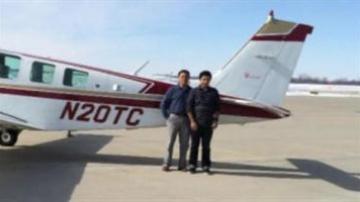 Haris Suleman was flying around the world with his father when their plane crashed July 22 in the Pacific Ocean.

They were raising money for a charity that helps send poor children in Pakistan to school.

An anonymous donor has given $500,000 to the charity in their honor.

Haris and his dad had already raised the same amount for the organization before their plane went down.
Share this article: